Skip to content
Posted on April 1, 2014January 24, 2015 by Andrew
Let’s face it, nobody visits Niagara for the casino. If the thunderous falls are the only thing you want to see, it’s entirely possible to do without a guide – and you only need to allow a few hours.

I was travelling from Toronto to New York and wanted to see the falls on the way. There’s a Canadian/US border crossing (called the Rainbow Bridge) right next to the falls, so I decided to brave it on foot despite the fact that my one-way border crossing would require dragging my suitcase with me.

It was raining when I arrived, so I opted to take a cab from the train station to the farther end of the falls (about $11). This meant I started walking from the Canadian “Horseshoe” Falls, with the border crossing at the end.

True to what I’d heard, the Canadian side was more spectacular… 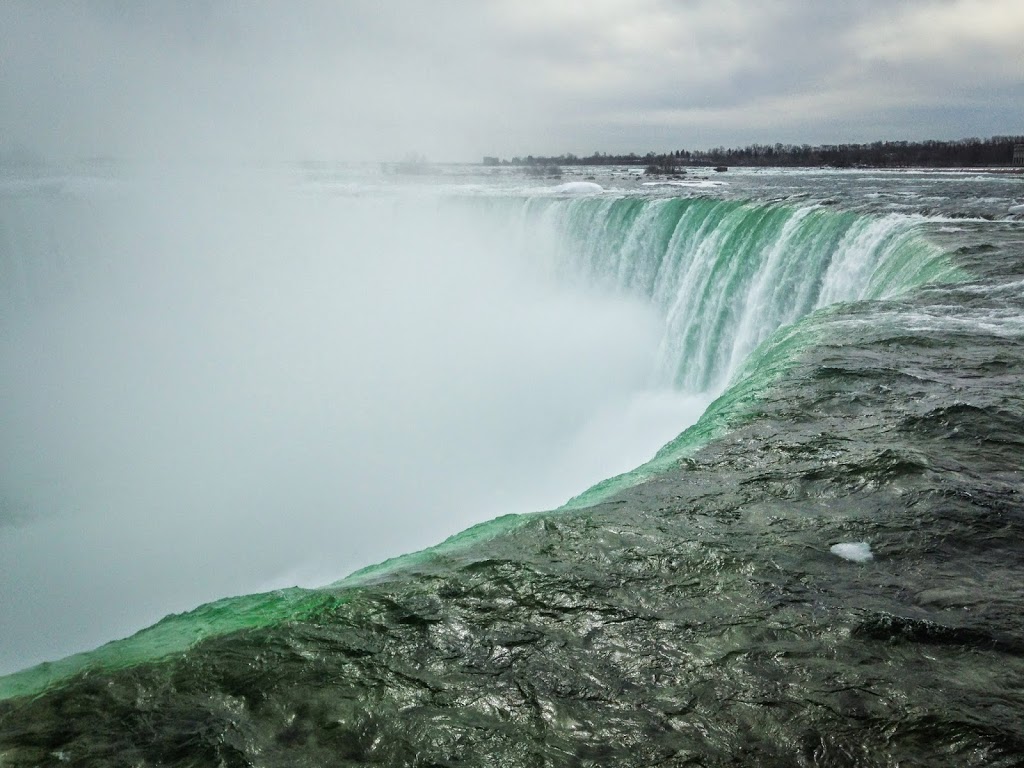 I was surprised I could capture a crisp photo… the speed of the crystal clear water rushing over the side of the Canadian Falls was a staggering 2,271,247 litres per second! 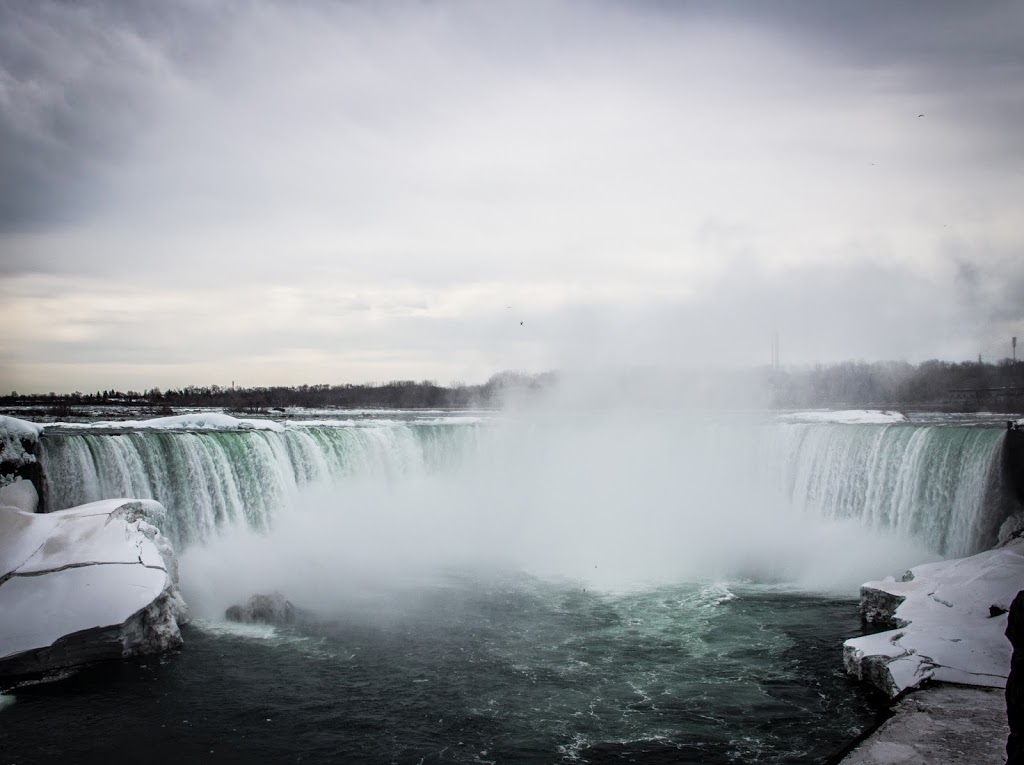 Just a few minutes walk away, the American Falls were equally impressive for a different reason. They pass less than a quarter of the volume of water, so enormous ice floes gave the appearance that the waterfall had frozen. I contemplated ticking ‘see a frozen waterfall’ off my Bucket List, but decided I should wait until seeing a waterfall that had truly frozen in place. 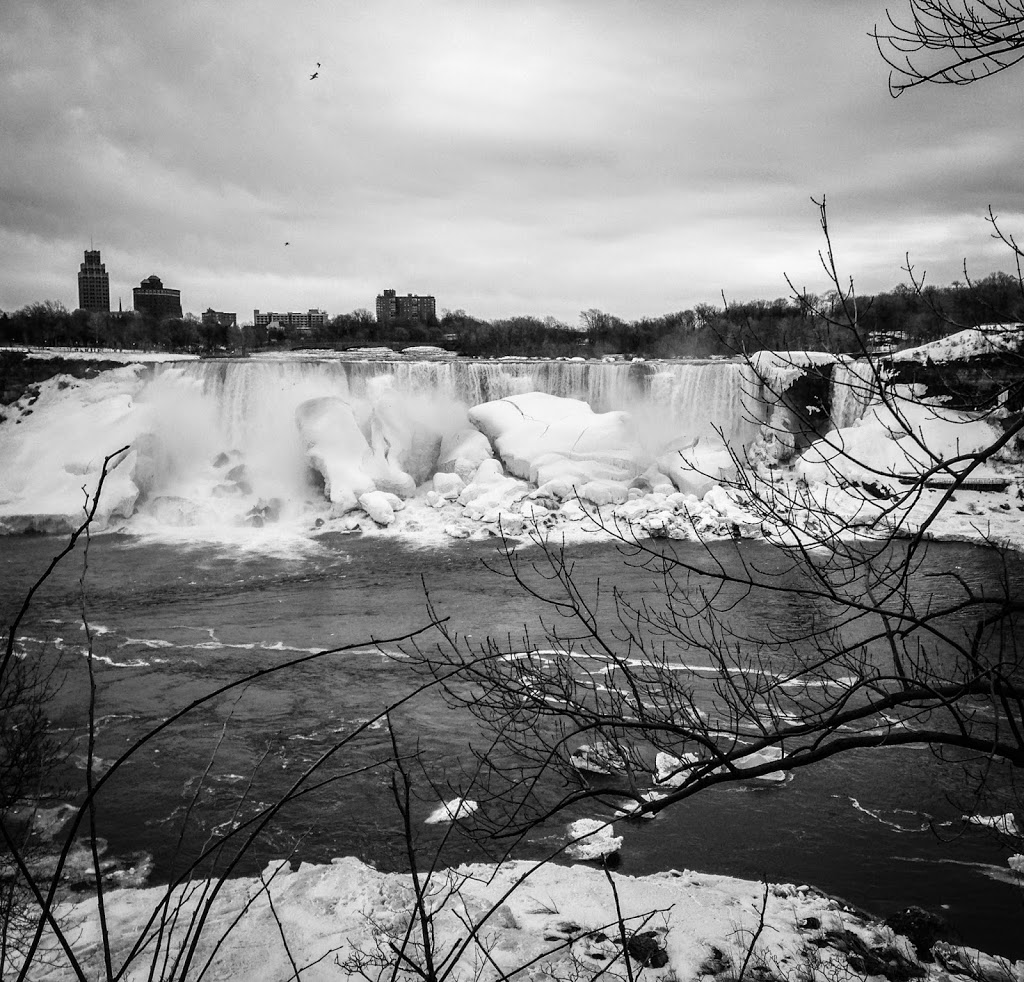 Normally there are other paid activities at the falls, allowing you to go down on the water – but not in winter. However, I was really happy with what I got to see.

I crossed the border at the Rainbow bridge without an issue, then caught a bus to Buffalo for my flight to New York.

Overall I found it a very straightforward experience and would highly recommend it even for one-way travellers like myself who need to bring all their luggage with them. Despite the rain and the recent snow, the walk was easy, and well-paved.

My #1 tip is not to miss the Canadian Falls – the border crossing is efficient and it’s well worth the effort, even if you’re not planning to visit Canada as part of your trip.