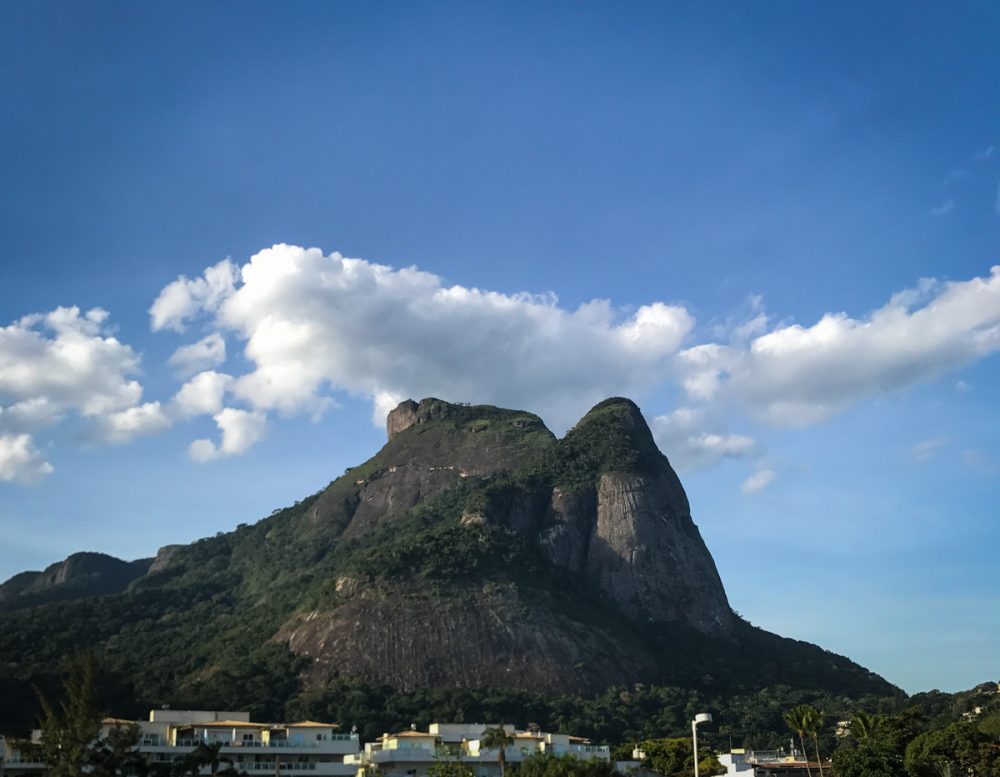 The ascent begins lightly but the incline increases sharply the further you progress.

Thankfully, I quickly befriended another climber at a similar level of fitness, and we were able to keep each other motivated. 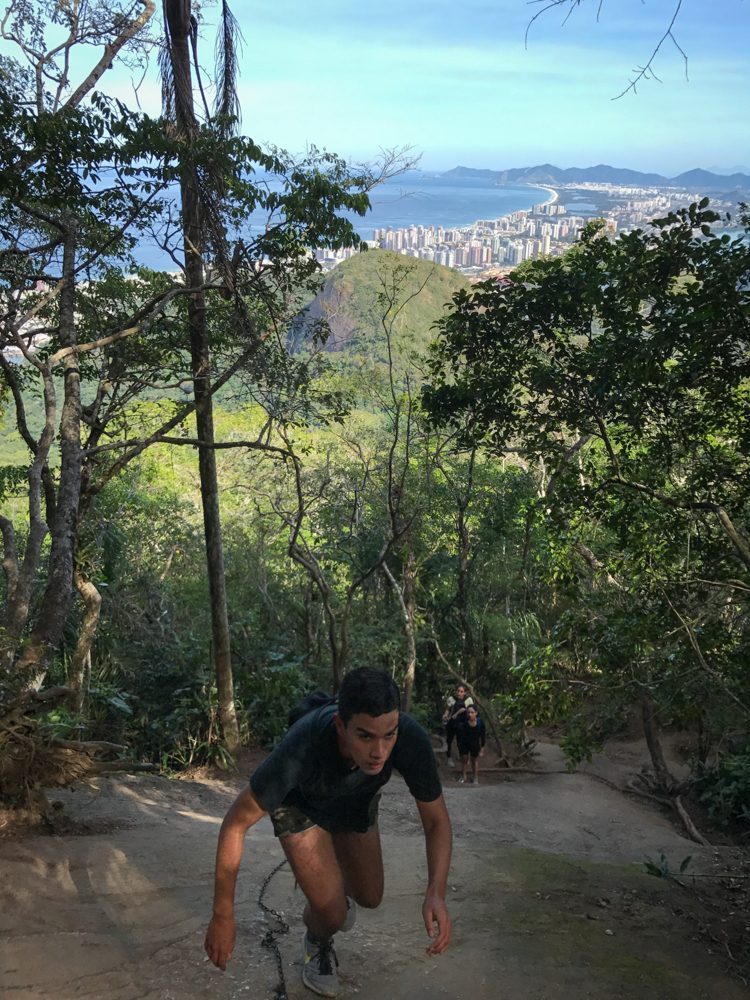 The other source of motivation were the incredible glimpses of Rio in the distance as we began to rise. 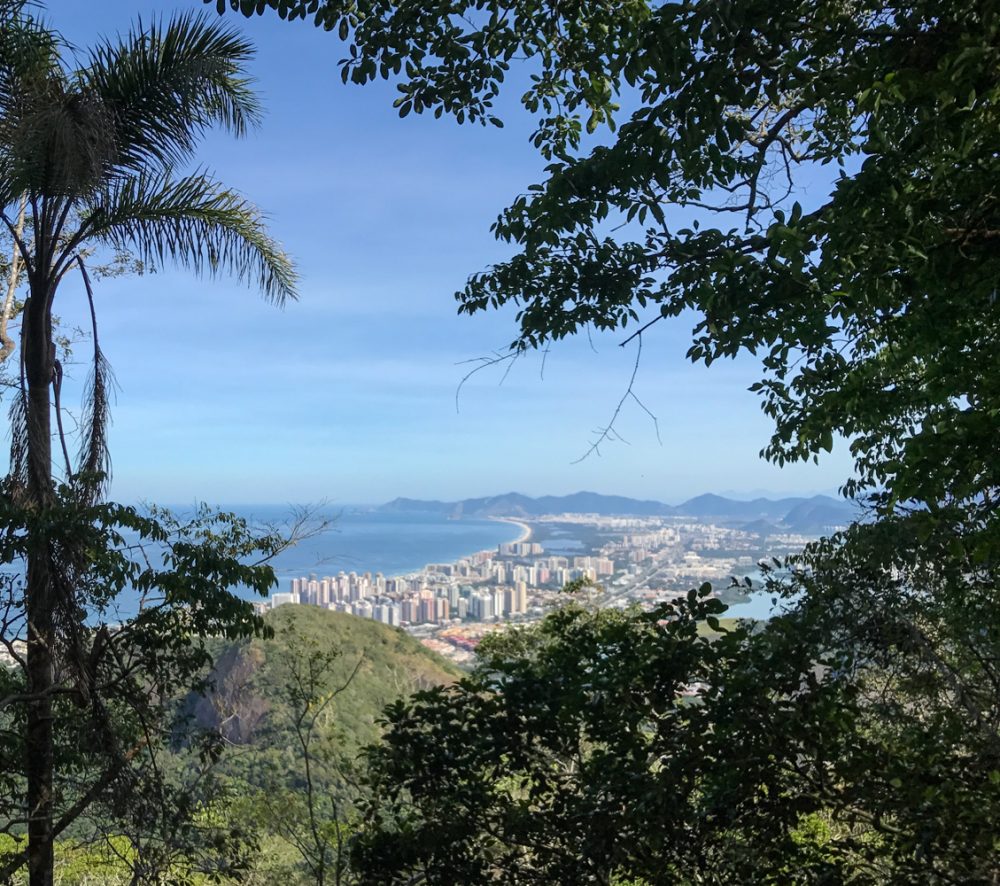 At other points, it was easy to forget you were in a city at all.

But there was no mistaking it once the open arms of Christ the Redeemer were ever-so-faintly visible in the distance. 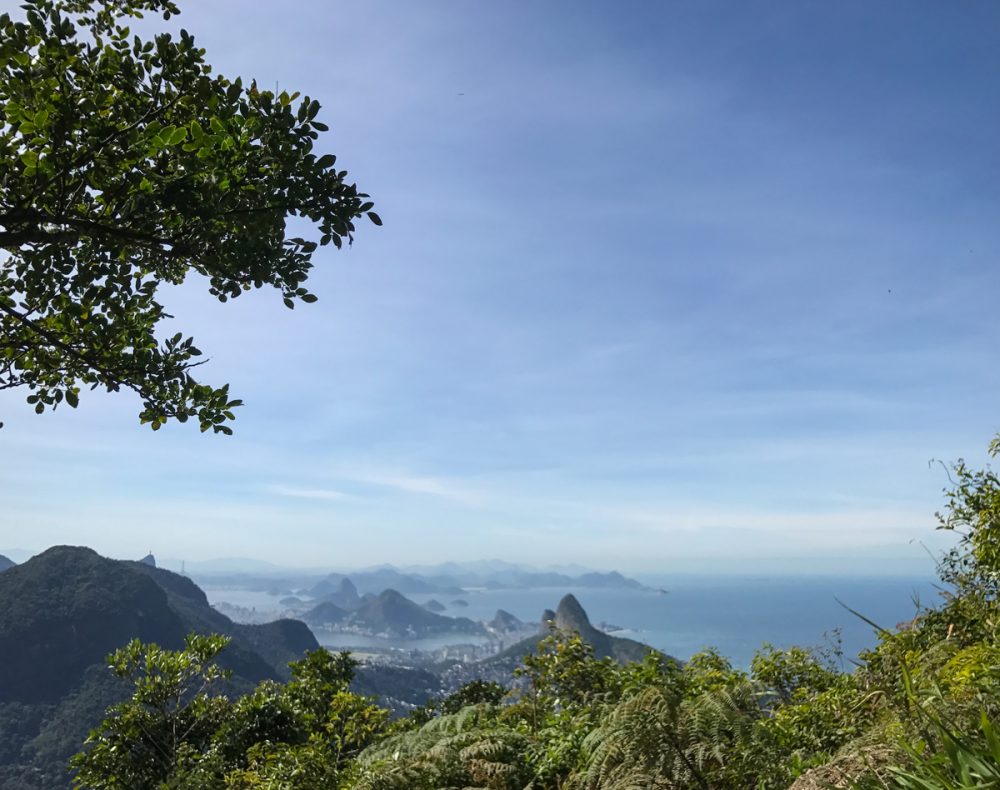 About 70% of the way there, the foliage disappears, and it’s magnificent. 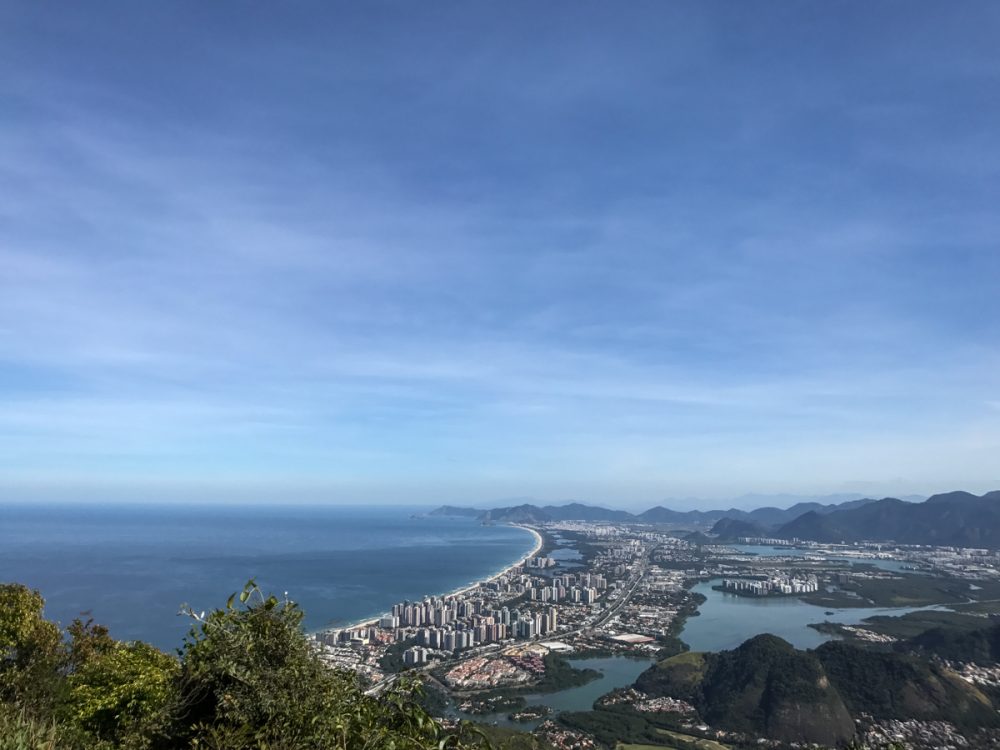 This area is called the Carrasqueira, and it’s pretty daunting. 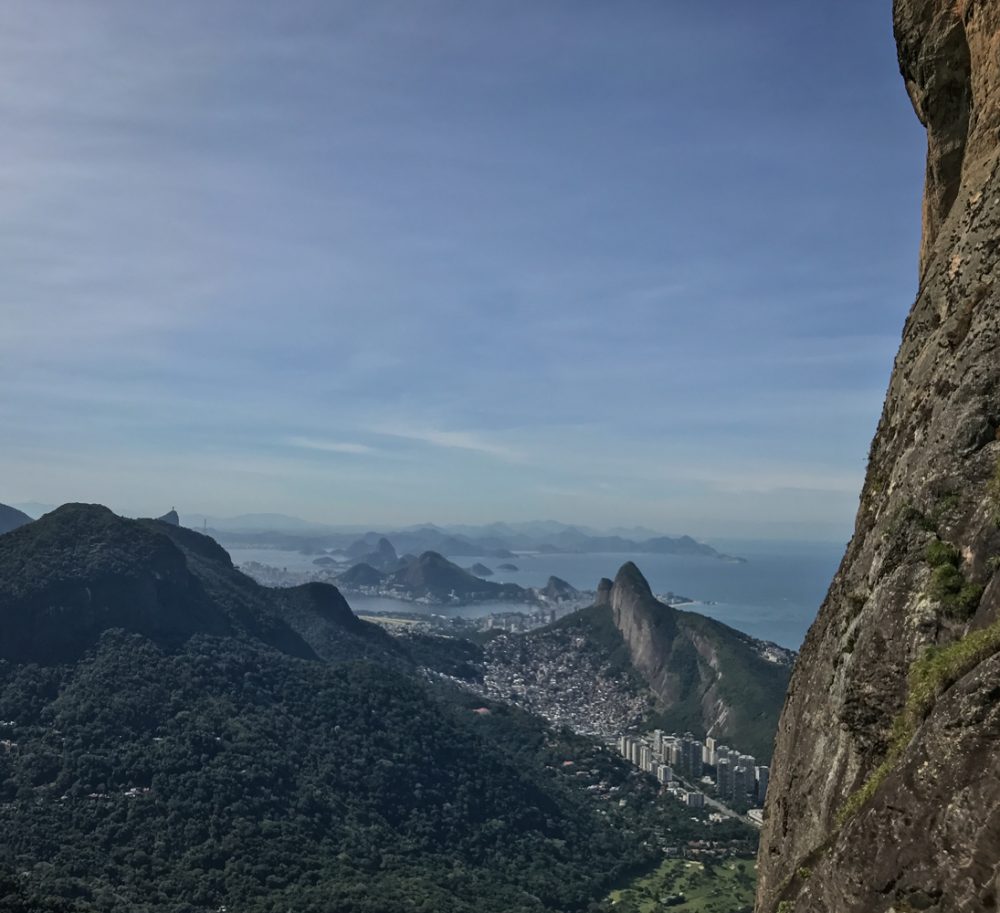 Most climbers had ropes and harnesses to climb this 20 metre vertical section. I just had a strong will. But I survived.

And it was worth it. 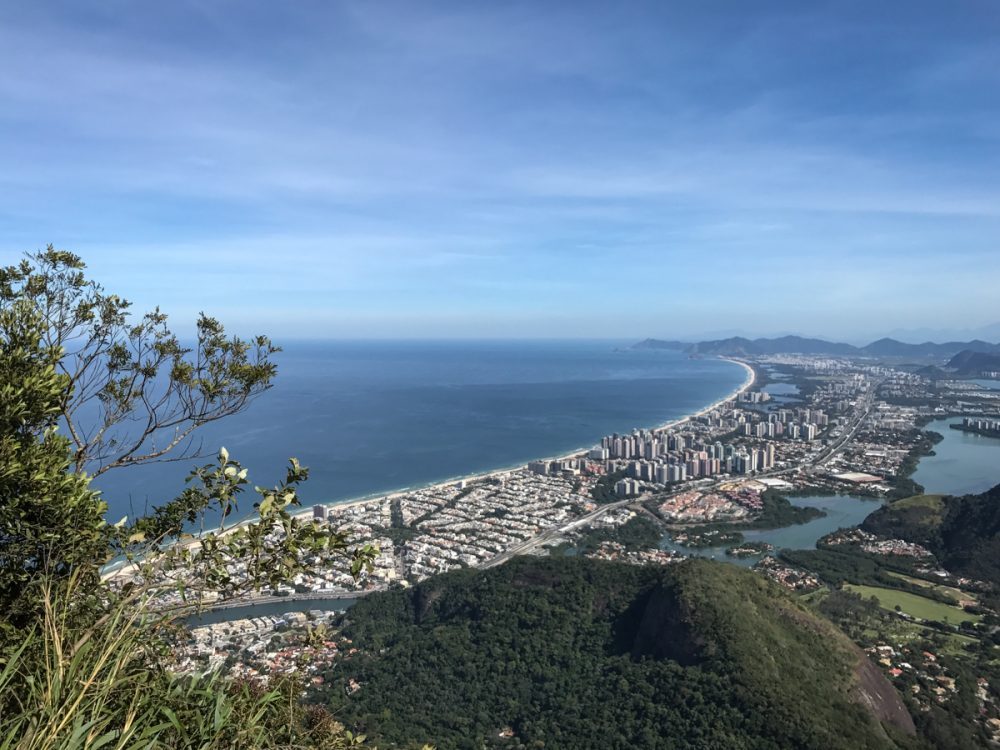 The view from the top is one of the single greatest views I’ve ever seen in my life.

And yes, those are the shoes I wore to climb a mountain. Sorry, not sorry. 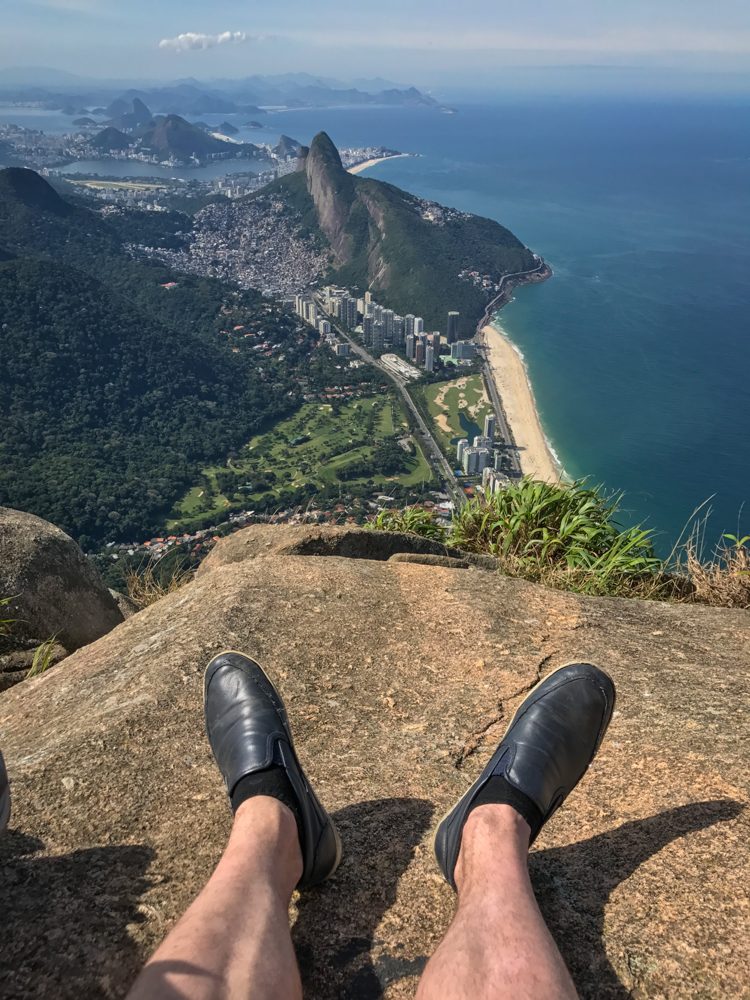 The panorama was breathtaking. 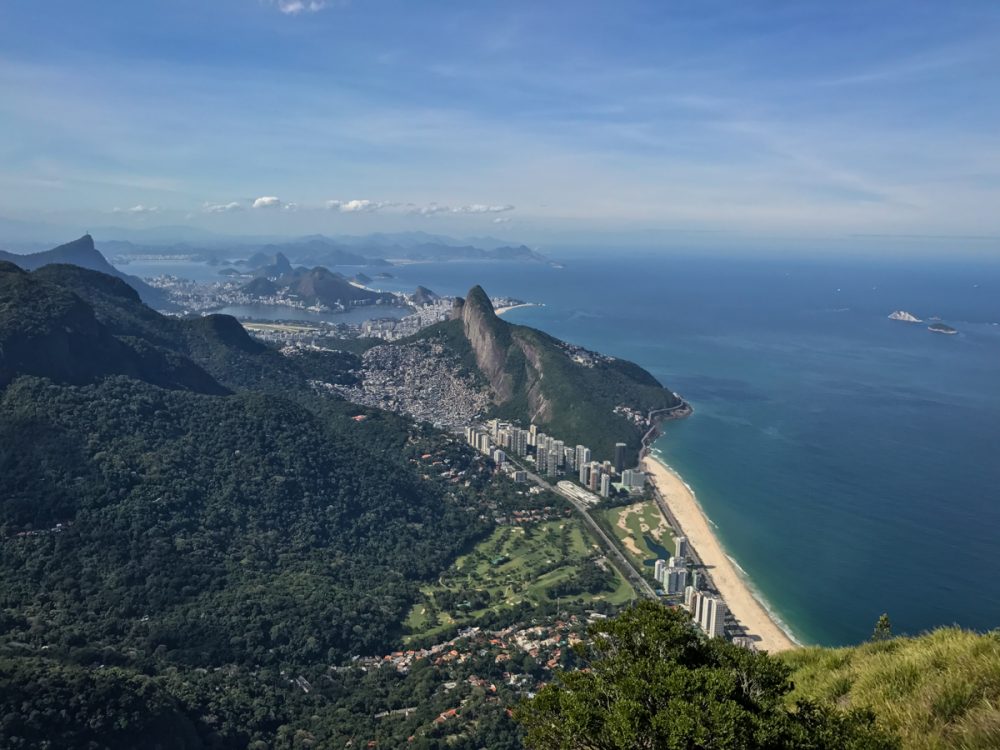 This spot is exactly as scary as it looks. 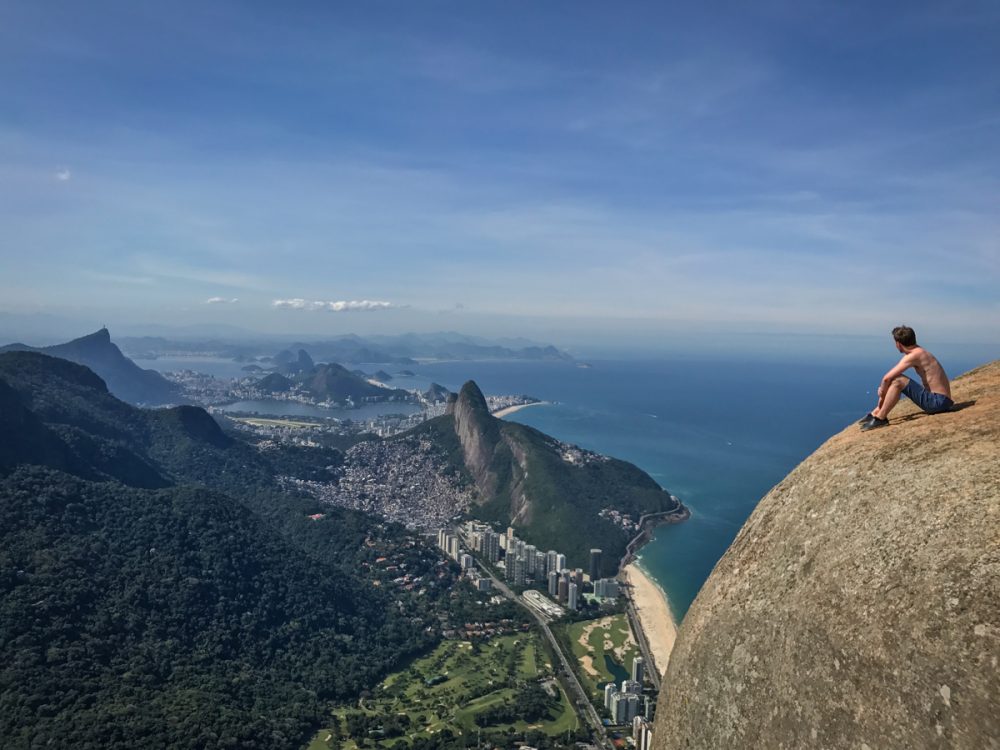 But I kinda loved it. 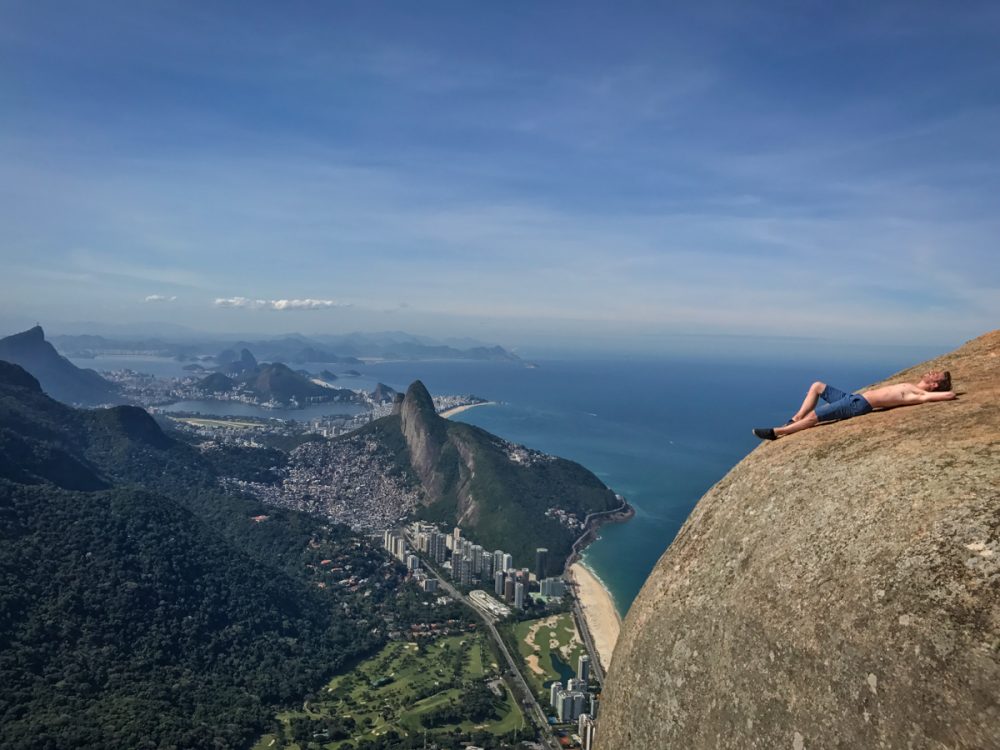 Pedra de Gavea actually has two summit sections – this is the area you cross to get between them. 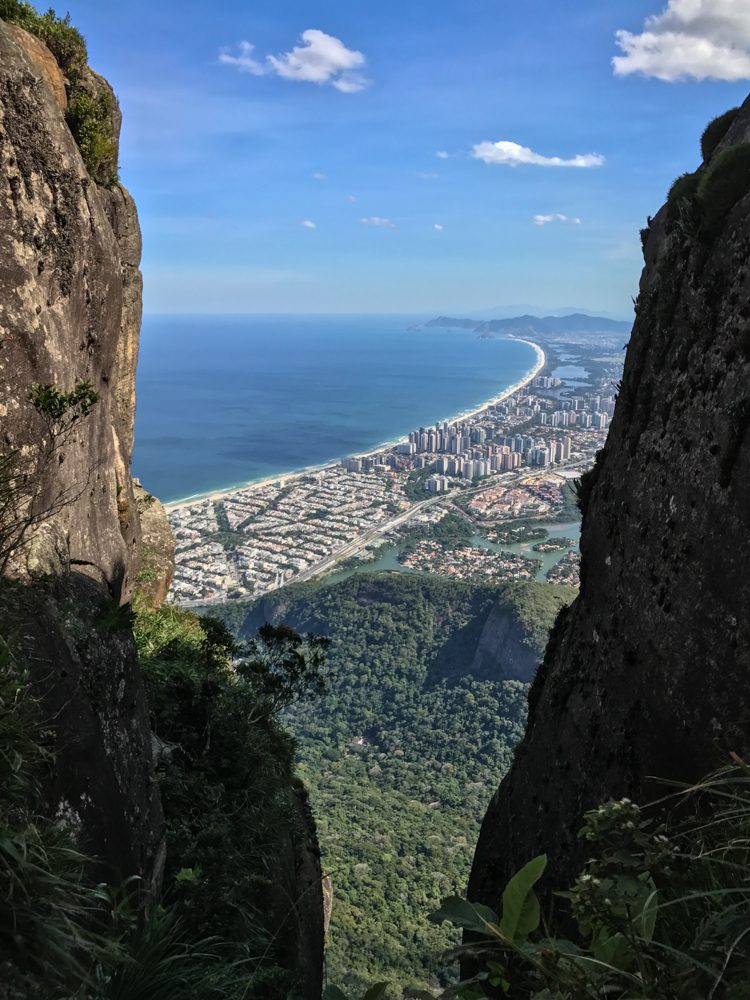 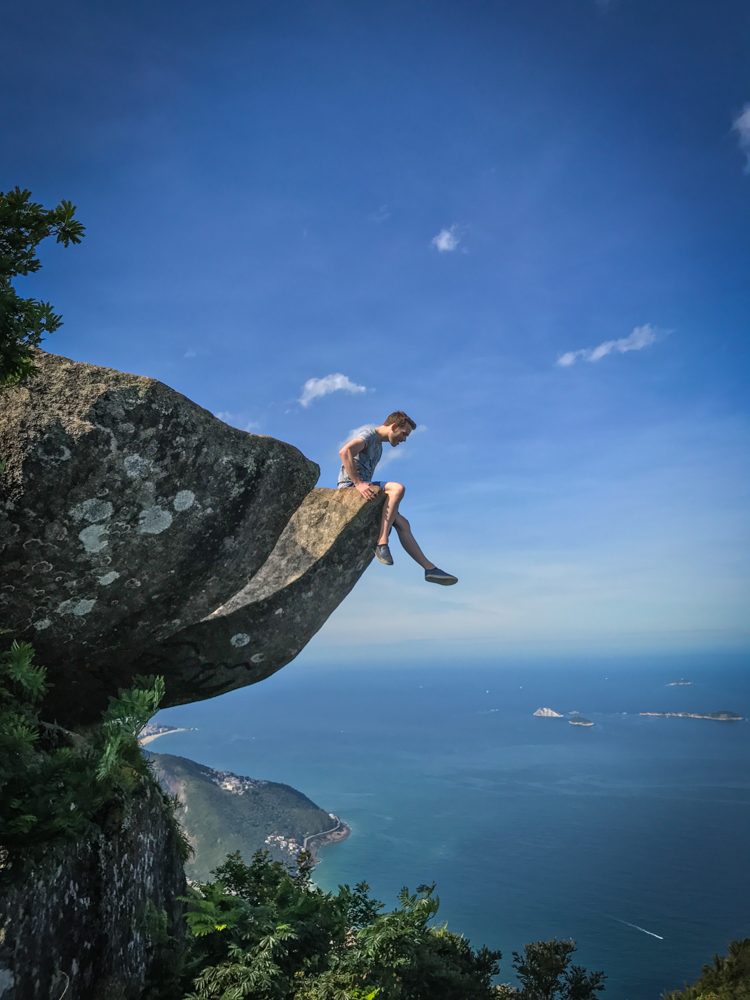 Climbing Pedra de Gavea was hands-down the highlight of my trip to Brazil and Argentina. It was hard work – and there were points when I felt like I was over my head – but it was six hours extremely well spent.

Of the many hikes in Rio, I’m incredibly glad that I chose this one. 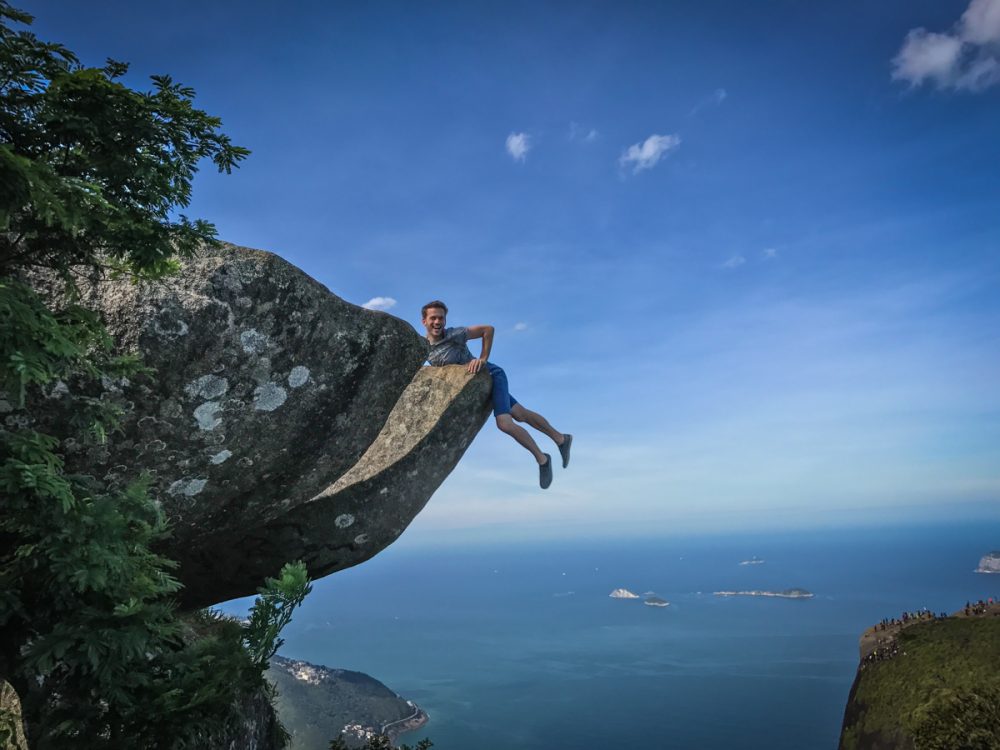