Power lines tangled into impossible webs. Thin staircases between five-story buildings stacked like pastel boxes in an attic. The smell of concrete dust and curing meat. 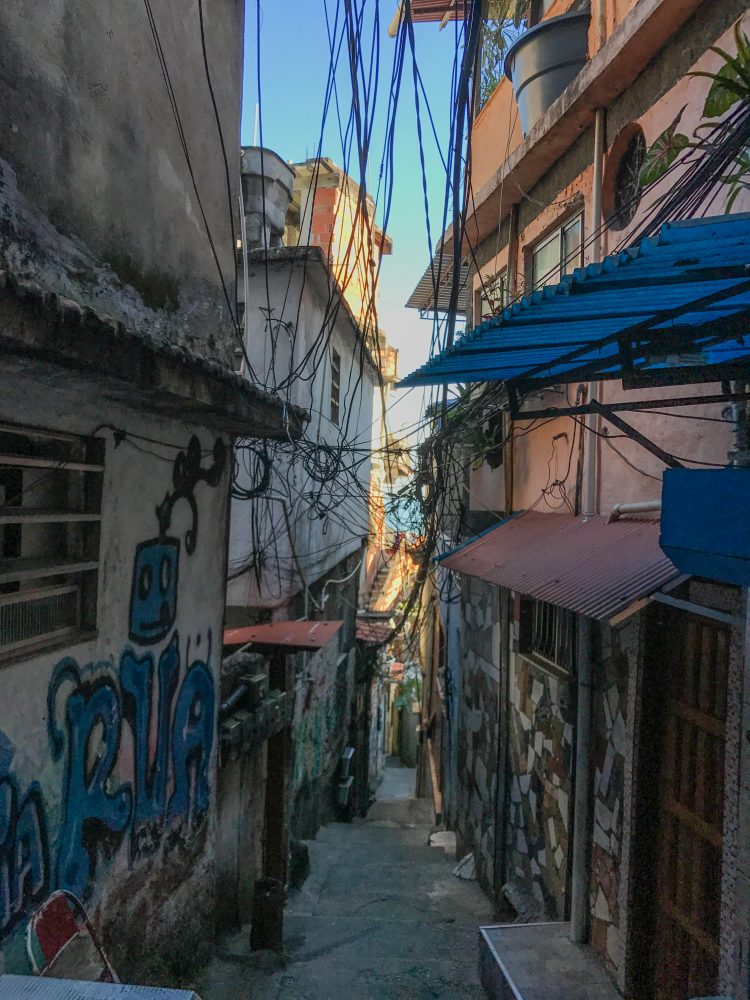 1 in 5 Rio de Janeiro inhabitants call a favela home. Yet, the only time I’d ever heard of these urban hillside shantytowns was in a story from a dear friend of mine… who was robbed at gunpoint.

But I’ve always had a curiosity about how people really live. Despite my nerves about what happened to my friend, I couldn’t leave Rio without finding a (safe) way to see life inside a favela for myself.

I used Tripadvisor to find a recommended tour run by Brazil Expeditions, exploring the most populous favela in Latin America: Rocinha. 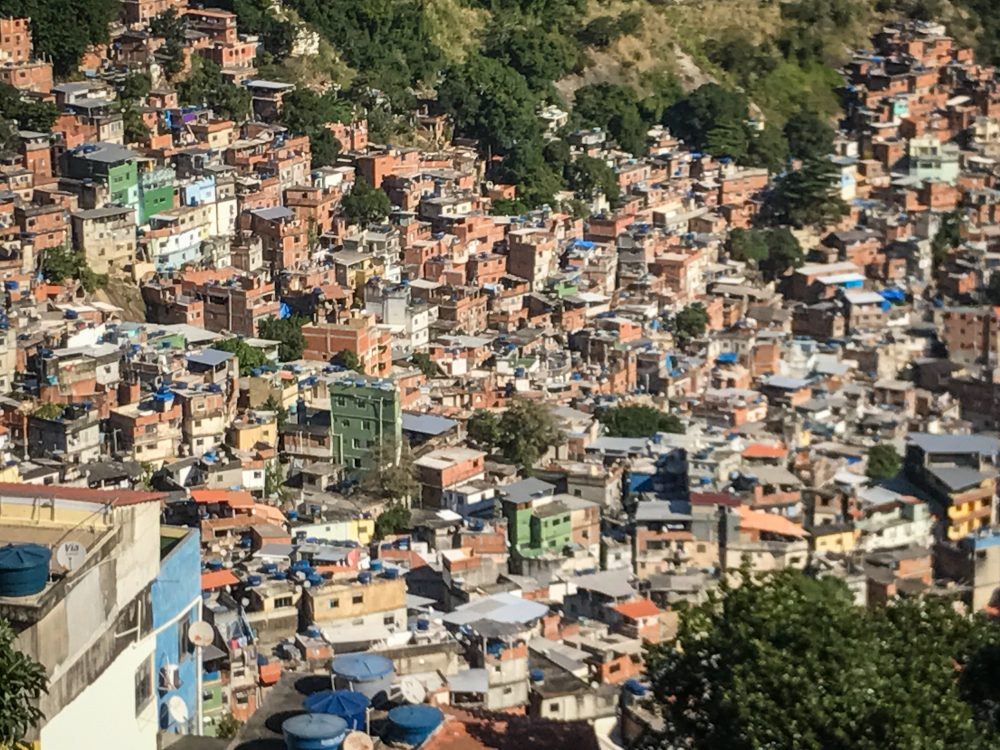 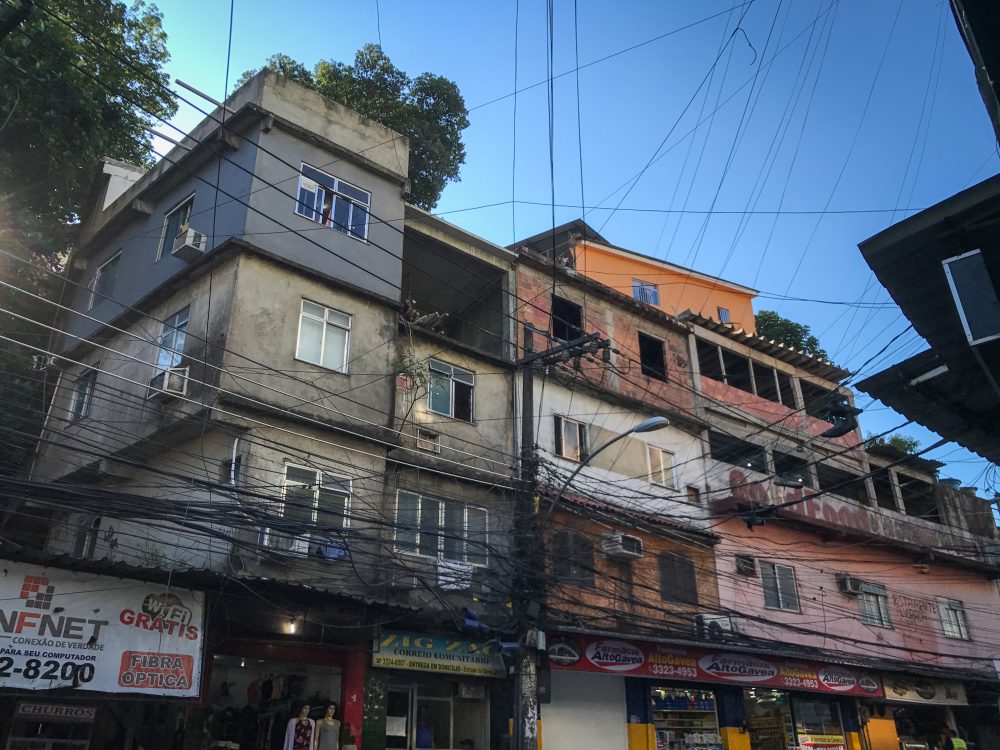 We began high on the hill, and slowly wound our way down. 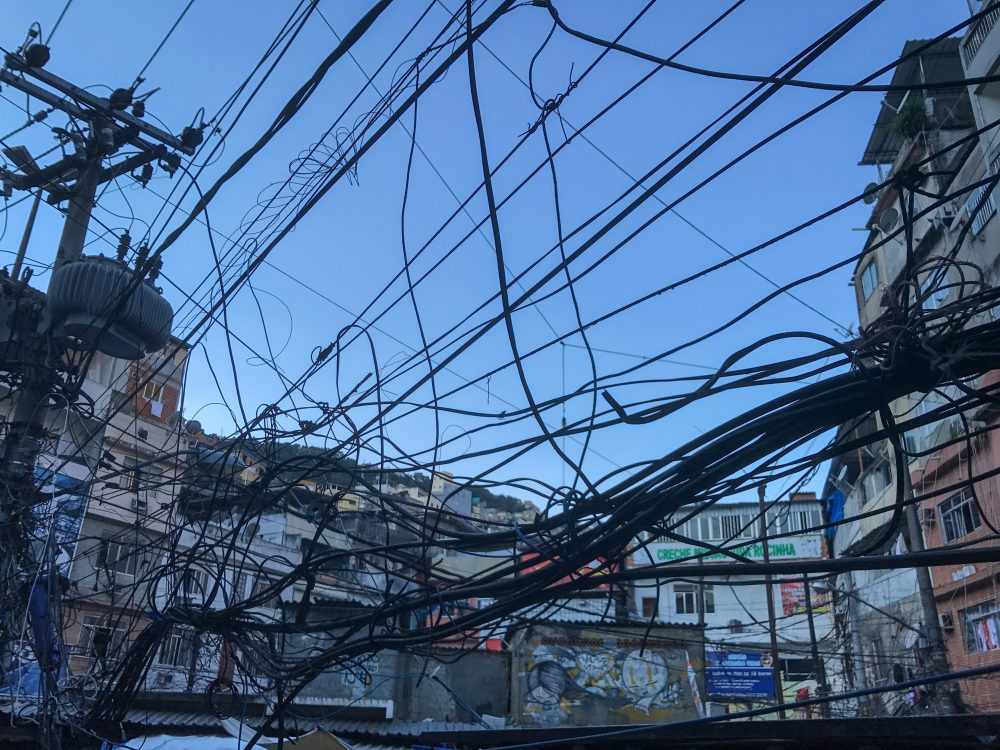 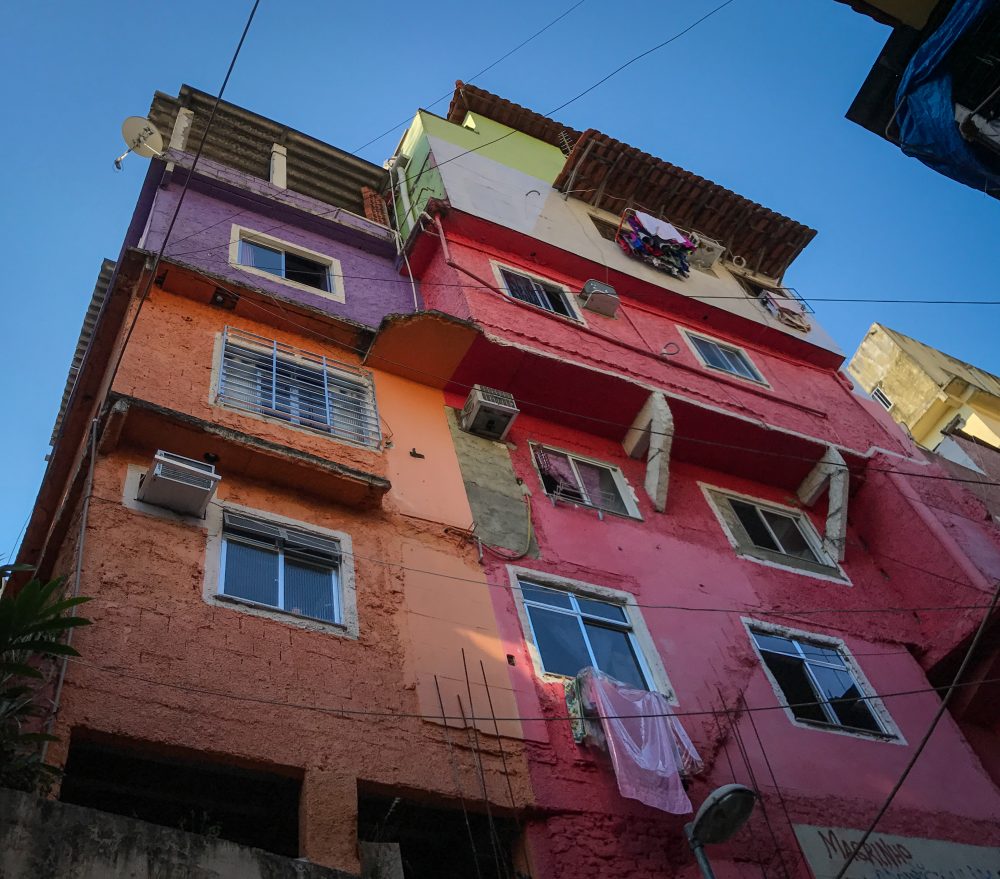 My favourite thing about Rocinha is the prevalence of street art – most of it by a single prolific artist known as Wark Rocinha. He paints aspirational images of angels all throughout the favela, his home. Chosen as an Olympic torch bearer, he now makes a living off his art. 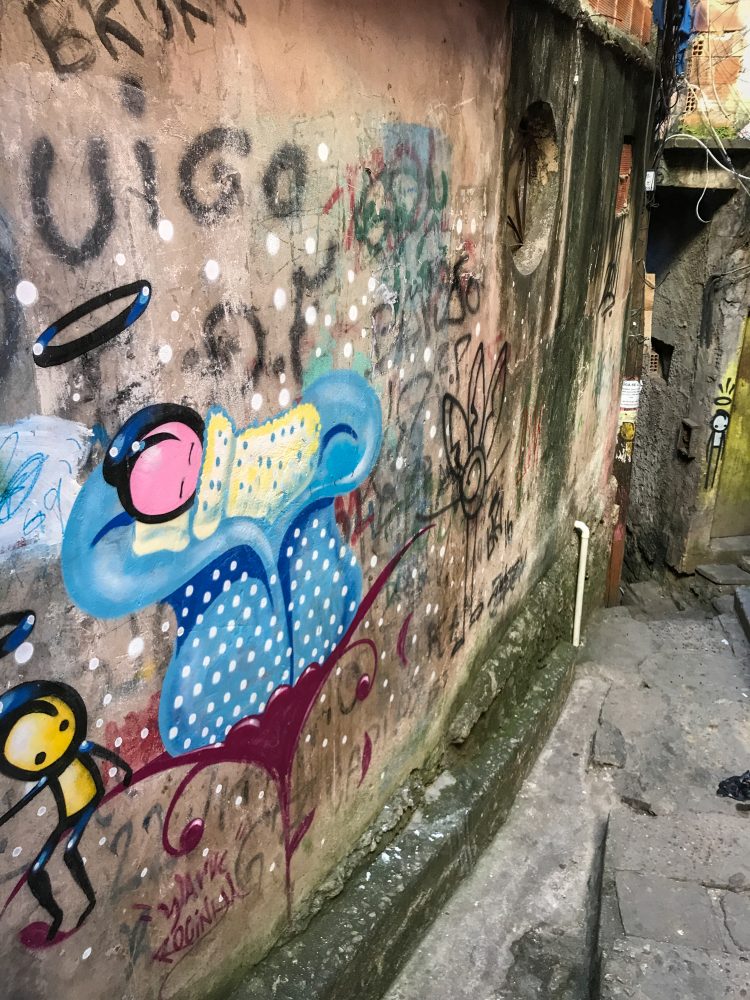 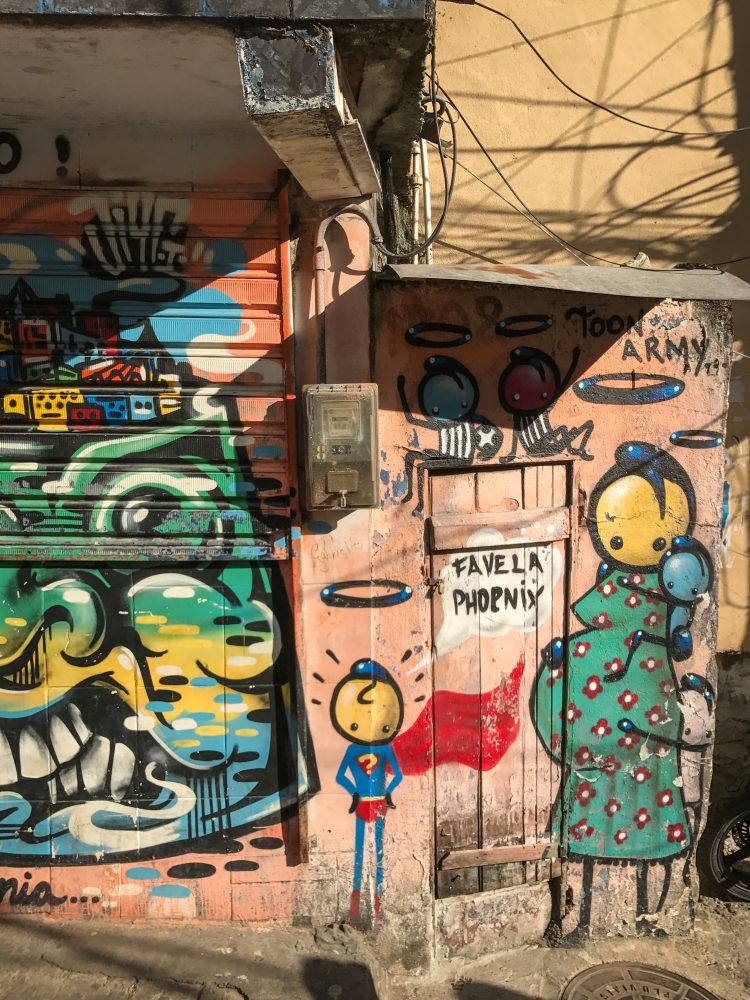 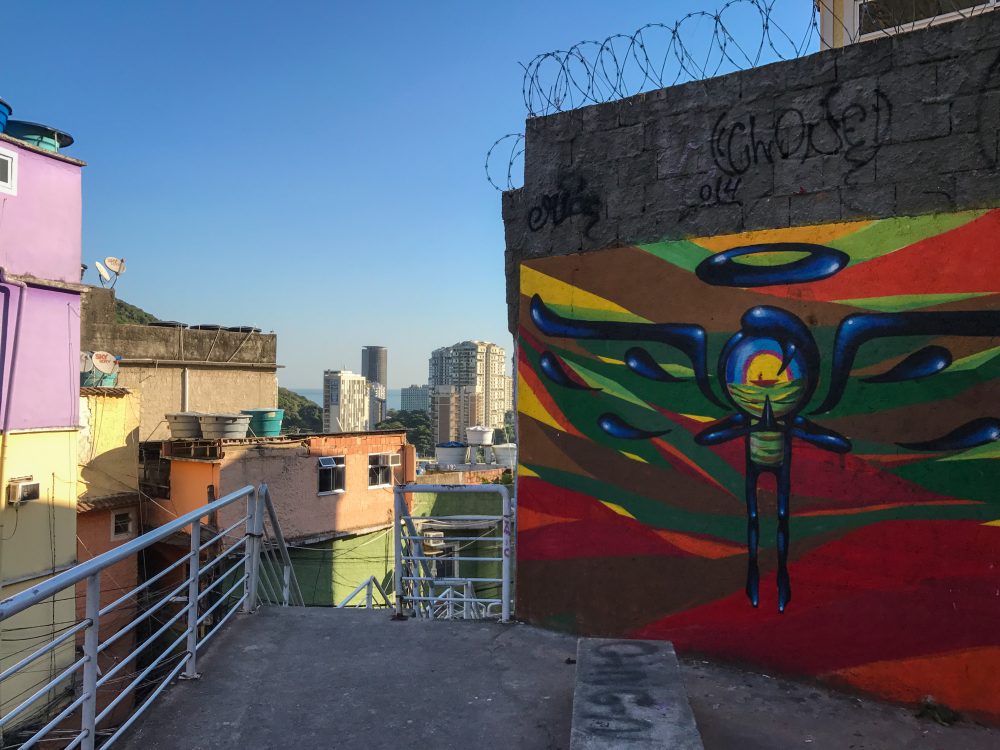 Another highlight of the experience was watching – and briefly joining – a local capoeira group. 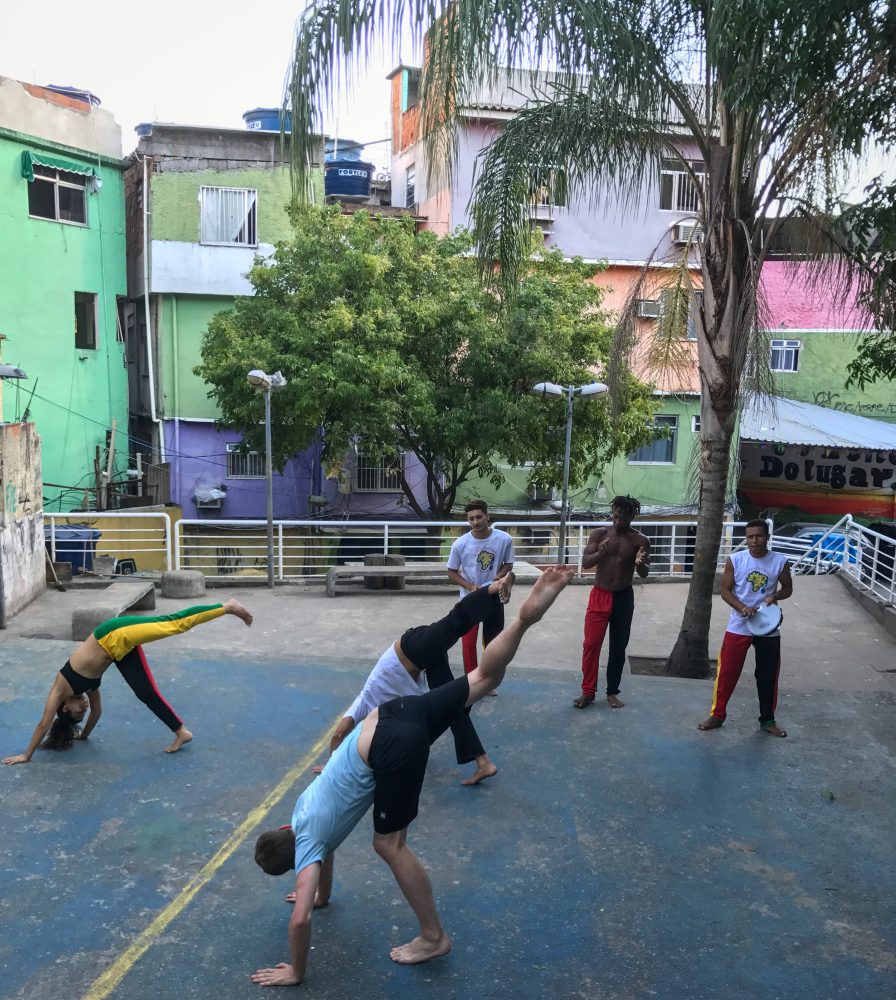 After a few hours wandering the streets, we were able to look up at the hill where we’d started.

And then, we disappeared into the brand new Rocinha subway station (that locals weren’t allowed to use until after the nearby Olympics). 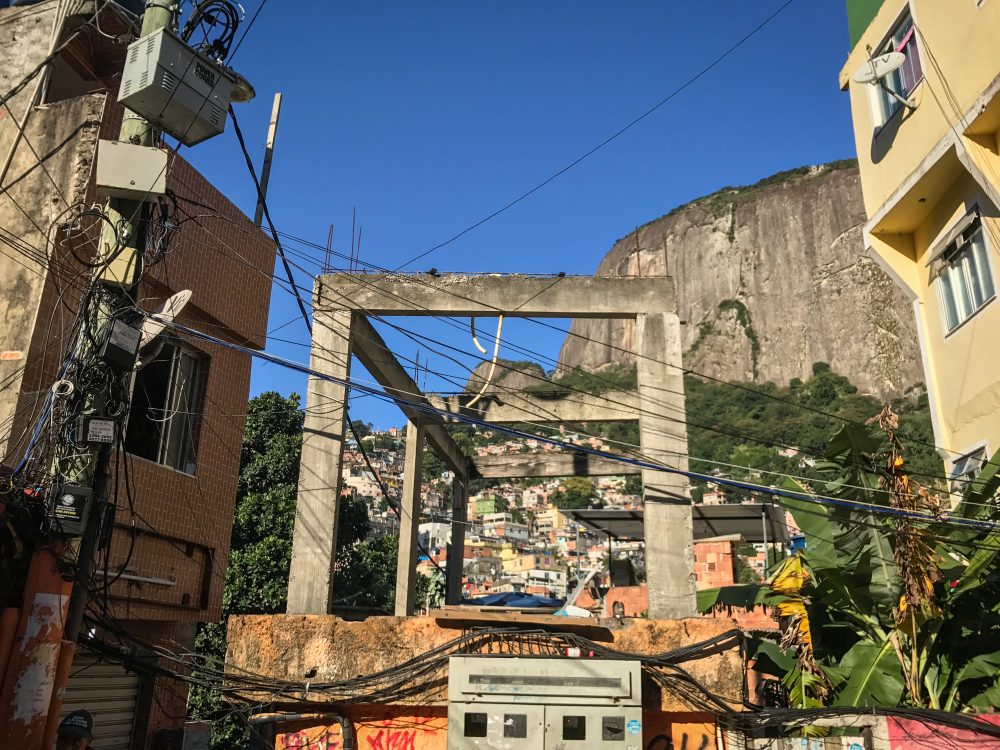 I never once felt unsafe on the tour, which is probably because it was so organized. This did make it feel less organic, and I found myself wondering if I’d really seen the reality of a favela or a simulacrum.

But I left better off than my poor friend, so I can hardly complain about being sheltered.