Skip to content
Posted on May 7, 2012January 20, 2015 by Andrew
Cape Greco is a National Park on the south-eastern tip of Cyprus. 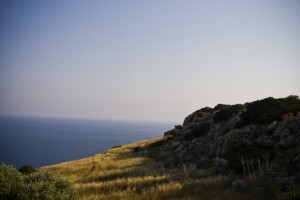 It’s a good three hour drive from Polis, where we’re staying, so we decided to make a day of it. You drive your car down a long bumpy road, then park and walk a few hundred metres to the edge of the country.

It’s difficult to describe the sounds or smells, because the view is so breathtaking that it overwhelms all other senses. 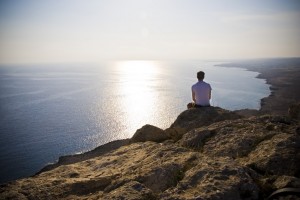 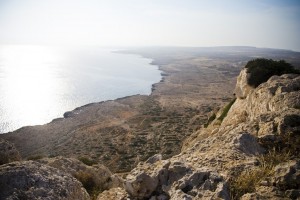 Getting to Cape Greco was a lot of effort, but as we sat on the edge of the rock with an entire country behind us, I was really glad we had pushed ourselves to do it. Just knowing that Turkey, Syria and Lebanon all lay closer than our hotel was a thrill. 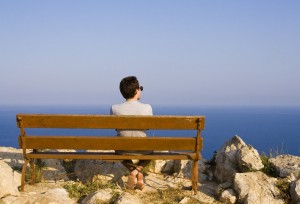 Nearby Ayia Napa is a bit of a tourist trap. We had lunch in a Flintstones themed restaurant. Yes, I am aware of how sad this fact is, but there were no traditional options!

The area does boast, however, the largest water park in Europe; ‘WaterWorld’. Its Ancient Greece theme is delightfully kitsch, enabling slides with names like “Fall of  Icarus”. I found myself wondering how it stayed open, given how deserted it was on a public holiday weekend at the start of high season. But it was good fun despite the peeling paint.

Overall though, the rugged beauty at Cape Greco made it by far the best reason to visit this part of Cyprus. Were it not for the beating sun, and the fact that my flight was taking off from the other side of the island a few hours later, I could have stayed all day.