Today I thought it was odd that SeaWorld had rides. Then we went on them, and I realised why: all rides at SeaWorld exist to get you wet. 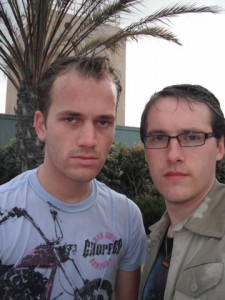 —more on SeaWorld after the jump—
We had considered skipping SeaWorld, but every list we read said it was the #1 thing worth doing in San Diego. So we braved the crowds and went for it.

First up was the worst roller coaster I have ever been on. It was fun-ish, but you know those big log flume drops that soak you? Well, this beast does that to you right at the start, and it only gets worse from there. 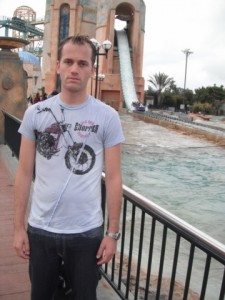 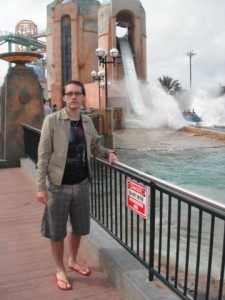 Next up was one of those water rides that puts you on a giant round thing down rapids. “I’m sure this one won’t wet us so badly, we’ll be fine” said I. Cue Tui billboard moment. The best/worst part was when we came up to one of those huge waterfalls. A child of Rainbow’s End, I had complete faith that the water would magically stop just before we passed under. Apparently not. My shoes and socks did not dry for 12 hours.

The dolphin show was full-on cheese. It was like Disney meets Cirque du Soleil, minus the good stuff. The dolphins were an afterthought; the whole show was about the trainers. They wear costumes and lip sync to music with cheesier lyrics than an idol winner’s anthem. You can tell the songwriter’s brief was “be inspiring”.

The highlight of the day, and the reason we came at all, was definitely Shamu. I loved Free Willy as a kid, so this felt like meeting a celebrity. Just a pity the show had to come complete with it’s own inspiring soundtrack and pithy propaganda about how “anyone can do anything if they just believe”. Um, can I just watch the Killer Whale show please? 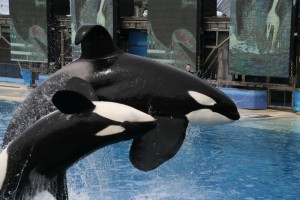 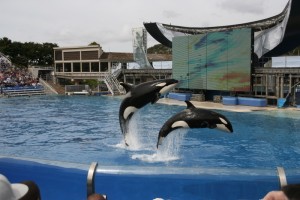 Perhaps they should sing “any American can do anything if they just believe”. Actually scratch that, it’s still crap.