Skip to content
Posted on August 26, 2012January 20, 2015 by Andrew
The Turkish riviera is often called the Turquoise Coast. After a week exploring it on Busabout’s Sail Turkey trip, it’s easy to see why. These are the highlights of a week afloat.
1.  Butterfly Valley
The butterflies may be seasonal, but the steep cliffs blocking this bay off from overland access are a glorious sight year round. 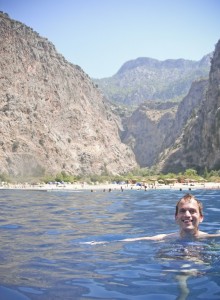 2.  Sunsets onboard
Dinner is served quite late on board the Sail Turkey gulets – around 8:30pm. If you ask me, it’s because nobody wants to miss the stunning daily sight of the sun exploding in every shade of orange and purple. 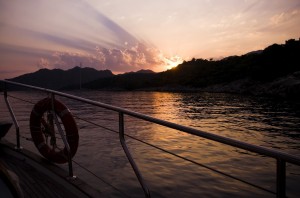 3.  Kekova sunken city
1,800 years ago, the Lycian town of Kekova was destroyed by an earthquake, crumbling into the sea. The captain drives slowly along the coast, allowing you to catch a glimpse of an ancient world lost to the sea like Atlantis. 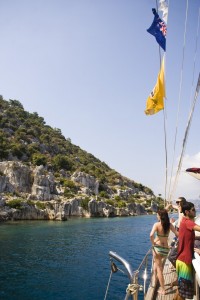 The water at Ölüdeniz is so turquoise it almost appears to be glowing. And the high nearby mountains make it a perfect spot for paragliding. 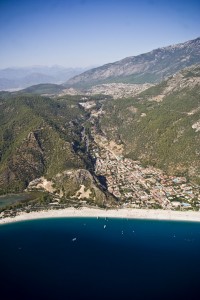 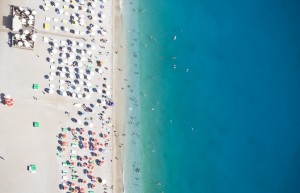 Smuggler’s Cover is an old pirate’s hangout. Boats come round to the gulets offering group watersports. This banana fitted most of our boat on it – and you can’t really go wrong when falling in means a chance to relax in  25° water! 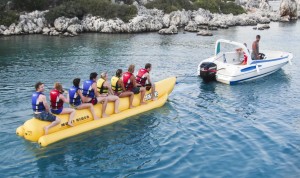 Kaş is a cute little town that used to be a tiny fishing village. Now it boasts great shopping, especially for those who are fond of silver. But my favourite thing about it was spotting what the locals have dubbed ‘the sleeping man’ on the hillside behind the town.

The Byzantine ruins on St Nicholas Island make for a great photo. But the real prize comes when  you reach the summit (about a 20 minute climb) and see the irresistable view just in time for sunset. 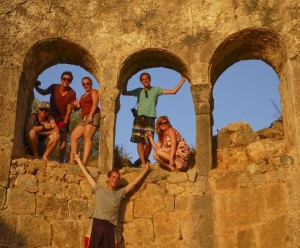 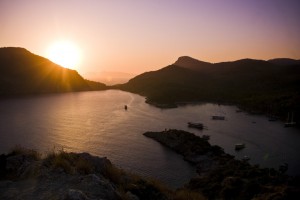 I was beaten to the ingenious business idea of a floating crepe stall by a little old Turkish lady who sails around from boat to boat offering the delectable treats for a murderous sum. But they’re so good you’ll still want seconds. 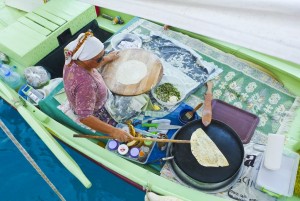 9.  Kale
There’s a ruined castle above the idyllic town of Kale, and the view from the top is epic. Plus the locals make great Turkish icecream. 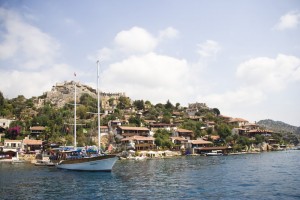 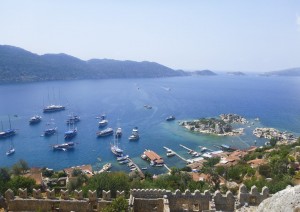 10.  Smuggler’s Cove sea cave
While it’s beautiful during the day, the cave at Smuggler’s Cove is something really special at night. It’s pitch black, but when you jump in the water you discover that there’s something phosphorescent in it. the more you splash, the more the water lights up as though you’re swimming with glow worms. It’s sadly unphotographable, but truly amazing. 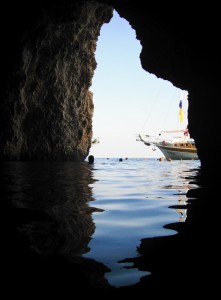 11.  Myra
Myra was the capital city of ancient Lycia. It’s believed to have been established as early as 500 BC, but was mostly abandoned by 1100 AD. Make sure you bring your camera – the rock-cut tombs are a memorable sight. 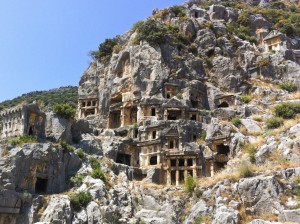 12.  The water
All the other highlights pale in comparison to this one. I’ve never encountered water so strikingly warm. After sleeping under the stars and being woken by sunrise, a quick dip is the perfect way to kickstart the day. And it’s great before lunch too. And in the afternoon heat. And at midnight. If the Sail Turkey trip was just mooring the boat in these turquoise waters for a week straight, I’d have been happy. Everything else is a bonus! 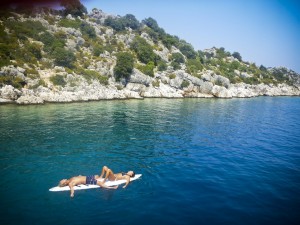 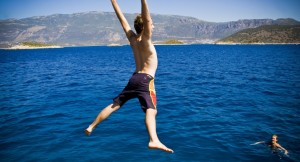