Skip to content
Posted on June 5, 2012February 5, 2015 by Andrew
Convinced that London was the place to be over Jubilee weekend, I resisted the urge to book a trip elsewhere.
In my head, it was going to be the Summer Christmas I never got, complete with Pimm’s in the park and a royal flotilla.

But unfortunately, the sun disagreed with me. So, the barbecue lunch became an indoor pot-luck, the flotilla watching from the banks of the Thames became BBC from the couch, and the concert too was reduced to a jolly indoor event.

Perhaps the most disappointing part of a washed out Jubilee weekend for me was the failure of our brilliant pre-prepared plan to enjoy the sun in seaside Brighton.

We still went, and we still enjoyed it, but the pier just isn’t the same under violent storm clouds.

And unfortunately the over-stuffed museum/art gallery doesn’t provide much respite.

But, thankfully, the Brighton Pavillion turned out to be far more wonderful than I had hoped.

Every room of King George’s palace is designed with the elaborate, exotic style one would expect at the Taj Mahal. It really is remarkable. There’s no photography allowed in the Banqueting Hall… but this is what it looks like! 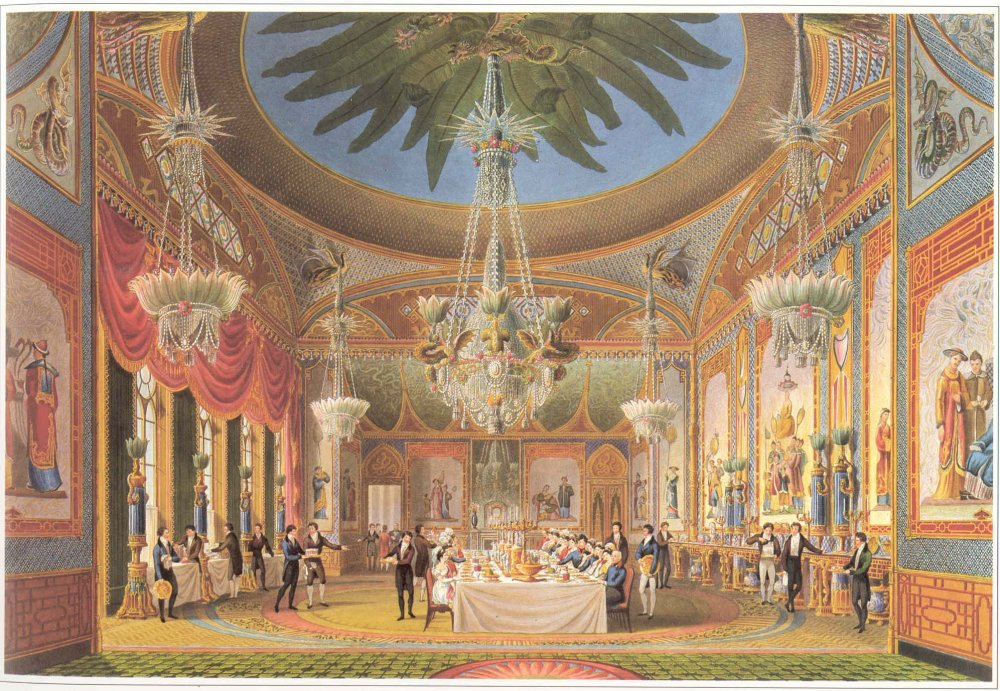 In the evening, we saw the UK tour of Avenue Q, then returned home before midnight.

Though we couldn’t help but be disappointed with the turn of events, we were glad we’d made the effort to get out of the city, and actually still had a thoroughly enjoyable four day weekend.