Next time you’re in Monaco, I recommend you take togs. And failing that, take a change of underwear. Or at least wear dark ones.

Because if you don’t, when you see the crystal clear waters and are possessed by the urge to leap in, you will have to strip down to your nice white ink’d briefs to do so. And people will think you are strange.

And, as anyone who has ever entered a wet t-shirt contest can tell you, the shame doesn’t really start until you get out again.

But if you do happen to ignore my advice, promise me you will only swim off the pier, and that an hour later when you spy a beautiful little bay you won’t jump in a second time. 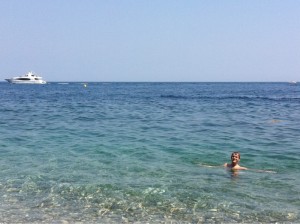 Because if you do, when you squat on the rocks like gollum trying to get dry modestly, your nice white ink’d briefs will get rock all over them.

And as soon as you get off said rock, the rock on your pants will lose its context. And everyone will think that you went swimming in violently soiled undies. And people will stare. And someone will take a photo. 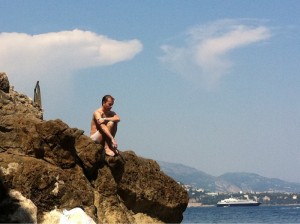