I felt extremely underdressed when I arrived in the village of Holonga in my best T-shirt, shorts and flip flops. I hadn’t considered considered wedding attire when packing for my tropical holiday.

When Vila had invited me to her cousin’s wedding the day before, I said I wanted to come but didn’t want to be an imposition on her cousin given I didn’t have an invite. “Don’t be silly!” she responded, “nobody has an invite – the whole village just knows when to turn up!”

Vila, Tim and their two kids met me, and then we walked together into the grassy area beside the village church. Long tables had been assembled under canopies, with the master table up on a stage. Every table was heaving under the weight of food. On the master table, three of the village pigs had been roasted whole and were proudly on display.

I eyed a spot in the corner of the clearing, where I could inconspicuously observe the events. But, before I could make a beeline there, Vila, Tim and the kids were ushered away from me by the organiser, who then grabbed me by the hand. Before I knew it, I was seated in the centre of the master table, right next to the groom. All around me were stacks of small plastic containers filled with different kinds of food, from traditional dishes like ota ika (raw fish marinated in lemon juice and coconut milk) to spongy puddings and large bottles of coca cola, each delicately wrapped with cellophane and ribbon.

“Eat” said the groom, smiling as he passed me a container of some kind of tropical curry. He found a fork and wiped it off with a serviette before handing it to me. It was delicious. I soon relaxed into the swing of events, asking the young man next to me to explain some of the customs, and dutifully sampling everything I was offered. 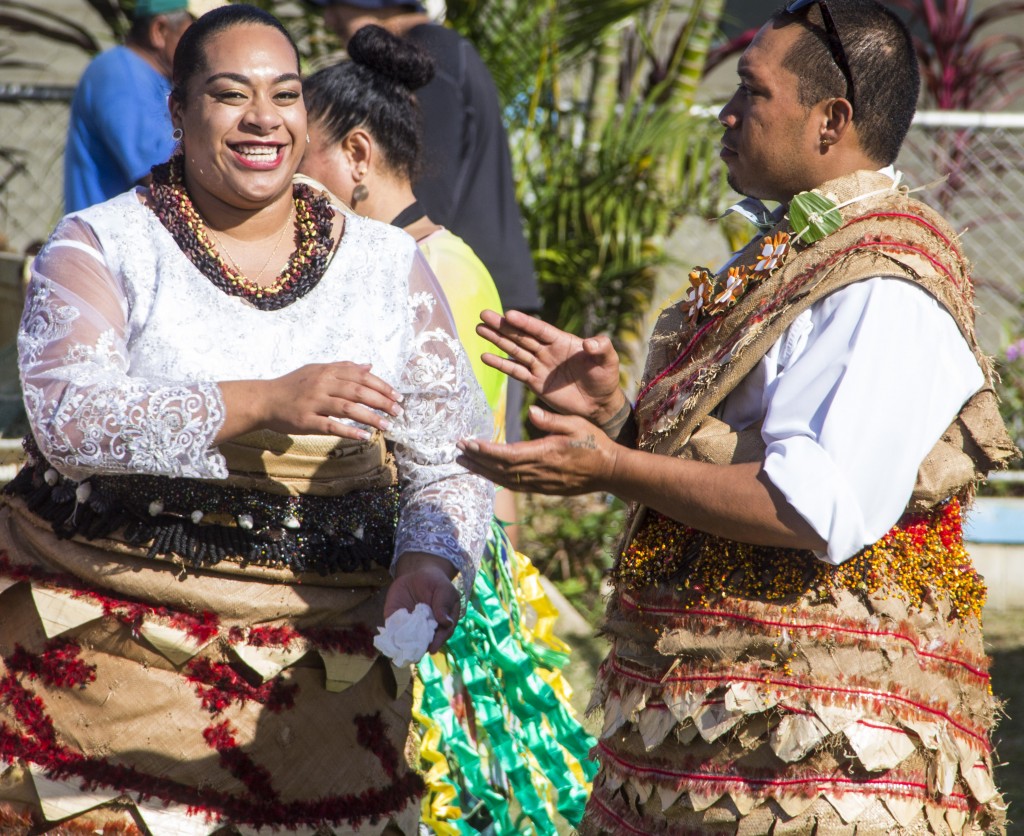