Out of the corner of my eye, I glimpsed a flash of silver darting over the turquoise Pacific. Moments later, it reappeared directly in front of my kayak. A flying fish, gliding over the surface in seeming defiance of the laws of gravity.

“In the summer, the whales swim right past here too” explained Vila, my guide. She and her husband Tim recently trained to take tourists swimming with whales – in addition to running Fatai Kayak Adventures and a coffee plantation.

I was visiting Tonga in low season, but the lack of whales didn’t bother me at all. Watching the never-ending coral reefs disappear under the bow of my kayak as I sliced through the calm ocean water between tropical islands was more than enough to keep me entertained all day.

We pulled our kayaks ashore on a small island called Pangaimotu, near an impressive shipwreck that Vila explains sunk there in a bad storm in 1982. Now tourists use Lady Lata as a diving site and jump off the protruding bow. The island appeared equipped to host scores of rowdy tourists, but there were few to be seen. 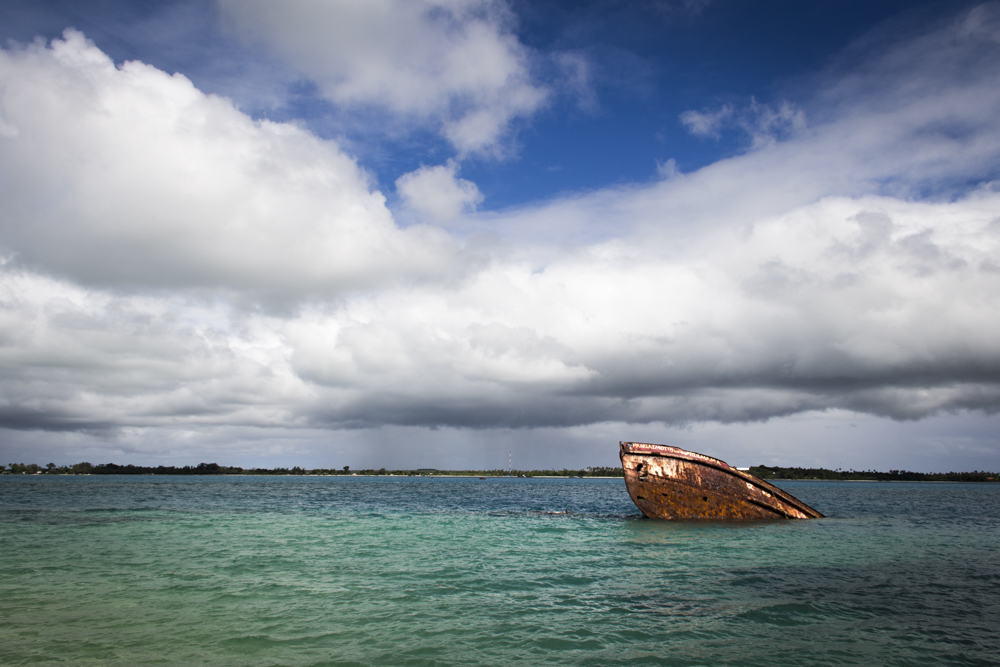 The owner and host of Pangaimotu, Big Mama, was locally infamous. With brightly-coloured nail polish, a mischievous grin, and a penchant for dirty jokes, Big Mama lived up to the stereotype of the strong Tongan woman. She reveled in telling us the story of her recent doctors visit, when she had been questioned about her diet. Barely managing to contain her cackle, she explained that she gorges herself on two clams and two bags of macadamia nuts every day, gesticulating with her hands to show that she meant the enormous clams and the largest bags of macadamia nuts. Vila later told me that her whole family can share a bag of those nuts and only finish half in an afternoon. With Big Mama, it’s hard to know how much is exaggerated for shock value.

It was clear that the low season is difficult for Tongan business owners. Big Mama’s main income was the restaurant and budget accommodation on Pangaimotu, but she was brainstorming other ways to raise money. She had already started cultivating vanilla vines. Did I think a paintball facility on Pangaimotu was a good idea?

Before I had a chance to answer, a large cloud of thick black smoke in the distance caught my eye. Alarmed, I asked Big Mama what it was. She stopped mid-sentence and lowered her eyes. Without even turning to look, she informed me it was a house fire on the main island. Though devastating, she explained that they’re fairly common. “That family will have to start again”, she adds, “but the village will take care of them”.