Skip to content
Posted on August 4, 2012February 5, 2015 by Andrew
Being from the other side of the world, the Scottish Highlands have always occupied a sort of mythical place in my mind. Between the Loch Ness monster, William Wallace, and Pixar’s latest animated flick Brave, the Highlands seem mysterious and full of adventure. So when I got the opportunity to explore the area for three days on HAGGiS Adventures’ Skye High trip from Edinburgh, I couldn’t resist.In chronological order, these are the top ten moments of my time in the Scottish Highlands with HAGGiS: 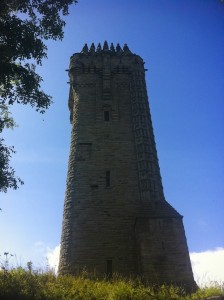 1. William Wallace Monument
The first stop out of Edinburgh is in Stirling, home to Scotland’s most iconic hero – immortalised in 1995 by Mel Gibson in Braveheart. William is treated with the utmost reverence by the Scots, and our upbeat guide Angela took great pride in retelling the story of his efforts against the English and eventual grisly demise at the Tower of London. 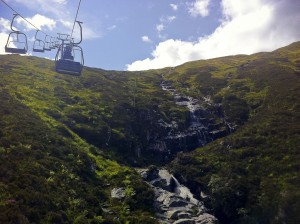 2. Glencoe mountain chair lift
Glencoe mountain is a magnet for skiers in winter, and the panoramic view from the top makes it well worth a visit in summer too. This stop included lunch, so we all had our first taste of Haggis and Irn Bru. Though I did manage to crack a tooth on the meal, neither were as bad as I’d feared. Haggis tastes a lot like sausage meat, and Irn Bru like liquid bubblegum. 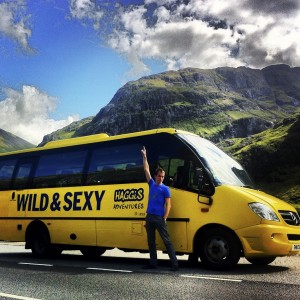 3. Wild & sexy Glencoe Valley
Tourists regularly stopped to pose with our wild and sexy HAGGiS bus. I couldn’t resist either! I chose this spot not only because it was spectacularly beautiful, but also in order to draw attention away from Paul – who had just made the mistake of admitting he was part of the Campbell Clan. The Campbells have been hated in the Highlands for hundreds of years after enabling the brutal massacre of 38 members of the McDonald clan at the hands of government soldiers. There were glares. 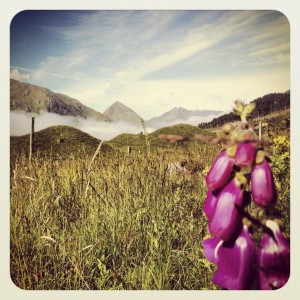 4. Cloud-filled loch
Everyone’s heard of Loch Ness, but actually there are thousands of lochs in the Highlands. This is just one of them, although you can’t see it at this moment because it’s filled with cloud. Surrounded by wildflowers, it’s a sight to behold. 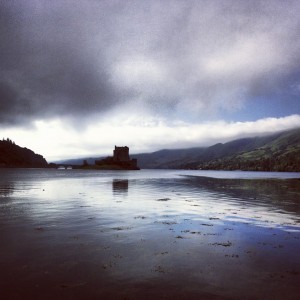 5. Eilean Donan castle
This is one of the most famous castles in the world, and it only takes a single glance across the moody, reflective water to see why. It feels lonely and isolated in an awe-inspiring kind of way. Like you would imagine Dracula’s country home. 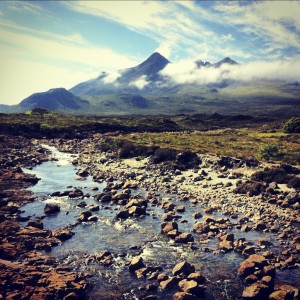 6. The Black Cuillin Mountains
The Isle of Skye is a geologists marvel because it has some of the oldest mountains in the world (the Red Cuillins) and some of the youngest (the Black Cuillins). Here, at Sligachan bridge, the younger black ones look jagged and confronting. Plus there’s a local fairy story that says you’ll remain eternally youthful if you dip your face in the water, so that’s always a good reason to get in. 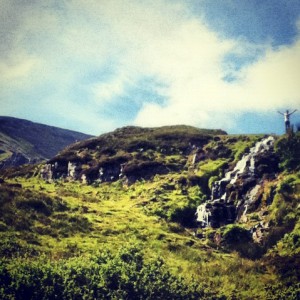 7. The Fairy Pools
Everything on the Isle of Skye is picturesque, and this glittering clear waterfall is no exception. Plus, the fairies have enchanted the water to grant you a wish if you collect a mouthful at the top and then spit it on a well-placed rock at the bottom. Naturally, we were all happy to oblige. 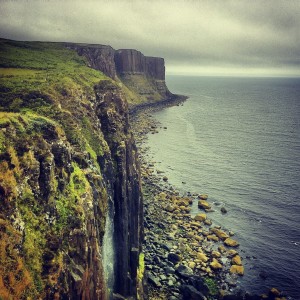 8. Kilt Rock
The steepest, most beautiful cliffs I have ever seen – with a waterfall to boot! This is also the only place in Scotland we encountered a bagpiper. And a good spot for it too. 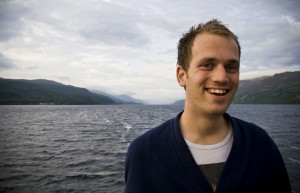 9. Loch Ness
I was a monster sceptic before heading out on Loch Ness myself. Our boat driver offered dozens of compelling reasons why he believes Nessie (and seventeen members of her family) are alive and well. There’s twice as much water in Loch Ness than in all the rivers and lakes of England and Wales put together. Fitting in all that water seems like a physical impossibility until you learn that Loch Ness is 227 metres deep! That’s deeper than the North Sea. And Nessie isn’t the only monster – there are known to be 10m long eels and 2m long ferocious fish that are only found in the artic. But even they can’t account for the several thousand tonnes of fish that disappear from the Loch each year. The water is pitch black from peat, so both of the men who have walked on the bottom were unable to report seeing much of anything. In fact, the bottom of Loch Ness is one of the most unexplored parts of the world – more people have been on the moon! In case you’re still sceptical, you should know that I took this photo myself: 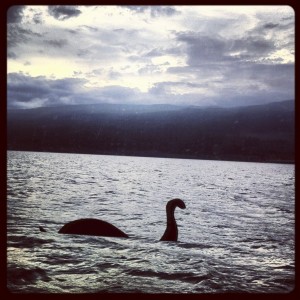 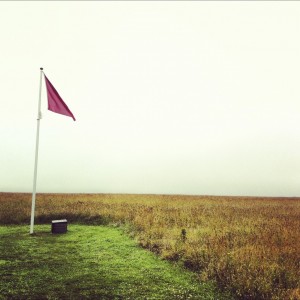 10. The battlefields at Culloden Moor
Culloden was the site of a bloody battle against the English in 1746. Thousands of Scottish men were slaughtered, and the battle changed Scotland irrevocably – it was the end of the clan system.

I really did fall in love with Scotland while I was there. It was green, wild, and magical. I would strongly advise any traveller visiting Europe to make a point of including Scotland on their itinerary. You won’t regret it.

Andrew travelled on the Skye High trip as a guest of HAGGiS Adventures. 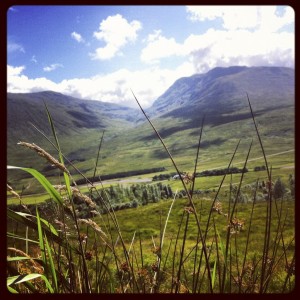