Skip to content
Posted on March 28, 2014February 18, 2015 by Andrew
I left Vegas three years ago with a long list of things I’d missed, and no idea if I’d ever be back to tick them off. But this year, I unexpectedly got the chance.
But there was an important catch: this was no leisure trip, but my first international work trip. Consequently, my colleague Sarah and I had a very exhausting work schedule, and the few gaps in which to see Vegas had to be stolen from time we’d otherwise be sleeping – late at night or early in the morning.
But, we managed to make a fairly decent go of it. Having said that, we didn’t have time to gamble even once!

Without further ado, here’s the list of activities I failed to complete last time:

1.  The Stratosphere rides
Imagine getting thrown off the side of a skyscraper, 350m high. Welcome to Stratosphere. Seriously. There are three theme-park rides that throw you around in all kinds of directions from the top of a tower only a few storeys lower than the Empire State. It’s insane. Sarah wasn’t at all keen to try the rides, assuming the role of photographer. 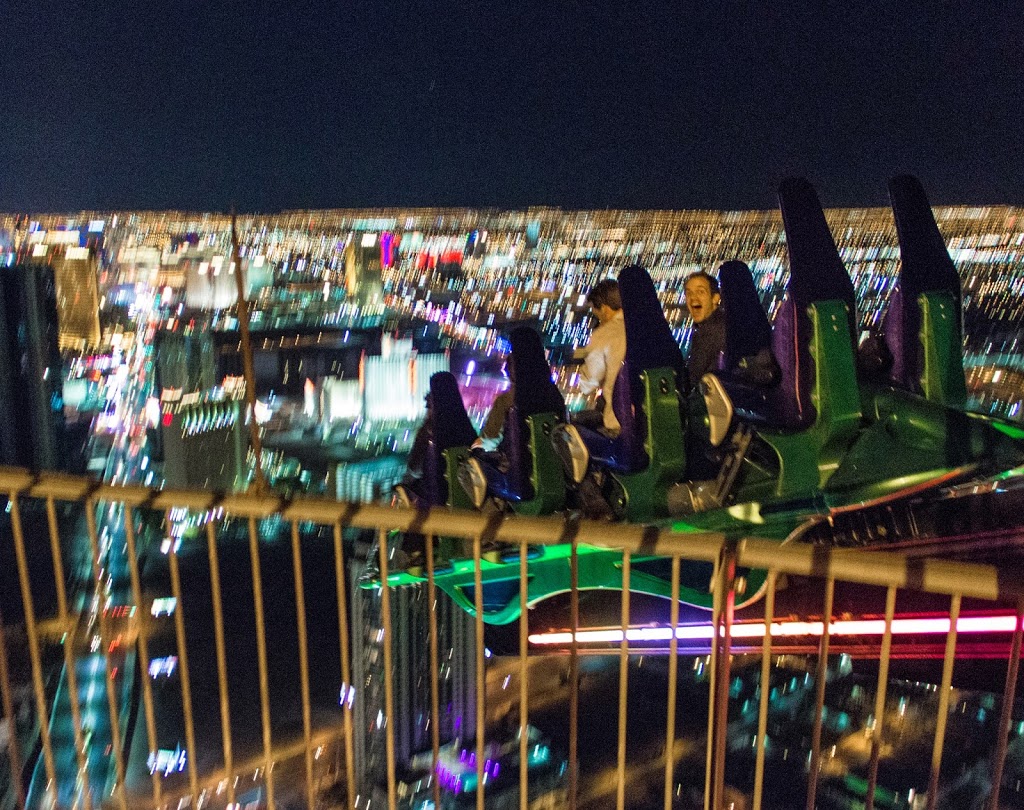 2.  Visit a Vegas club
This one I wasn’t sure I would get to tick off, but I should have known the Les Mills Megamadness after party would be a good night! 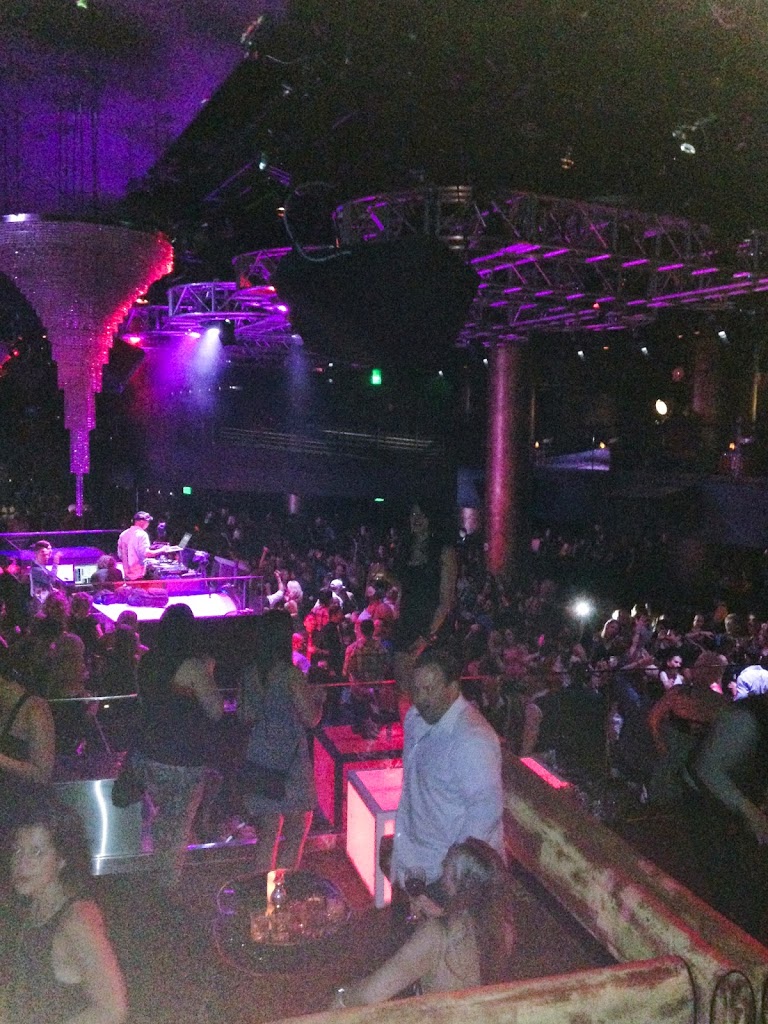 3.  Buffet, sweet buffet
After a long day on my feet, I nearly ordered room service again. But I couldn’t pass up the opportunity to try my first Vegas buffet. Given my companion was the nutrition manager, there was no hope of company, but I enjoyed it on my own regardless. Though, I barely got through three platefuls – including dessert! 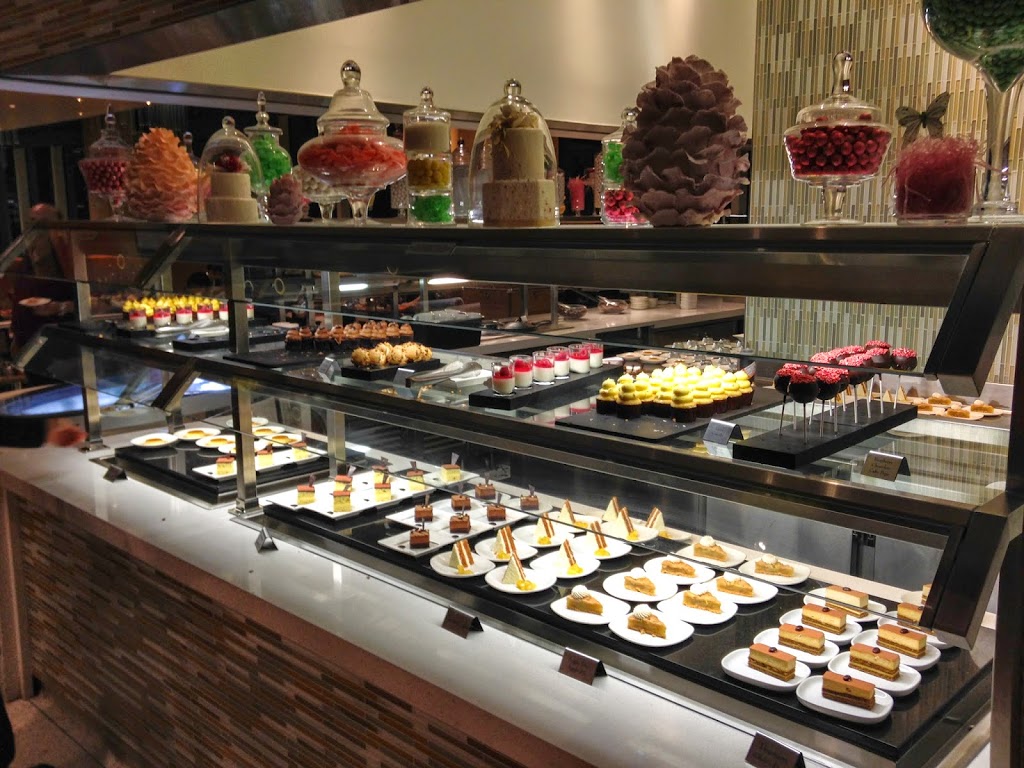 4.  See ‘O’ by Cirque du Soleil
Thank goodness Vegas never sleeps – ‘O’ performs twice nightly, and the second performance is late enough that we were able to make it after finishing our responsibilities at the convention. Although, we were cutting it so fine that we had to sprint the entire way, arriving so puffed out I thought I was going to die!

I’m very glad we made the effort – ‘O’ topped every Cirque du Soleil list I could find… and it really was a magical experience. My favourite scene involved a giant pirate ship, with trapeze artists and acrobats completed indescribably complicated manoeuvres while it swung in the air above an enormous pool, which at other times was filled with synchronised swimmers. 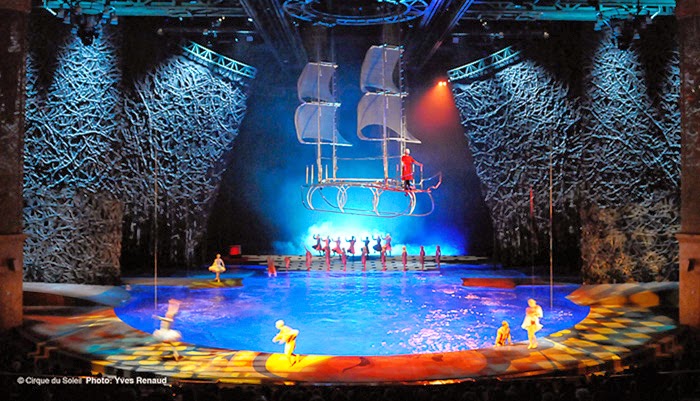 5.  Helicopter over the Grand Canyon
Sarah surprised me on my first night, with a big idea that I never expected to work. She hatched an impossible sounding plan for us to helicopter to the Grand Canyon and back before the time that we needed to begin work the next morning – 10am. But it worked. The only catch was that we had to leave our hotel at 5:30am…
Given the minuscule amount of spare time we had, I’m still shocked at how much we managed to squeeze in.
There’s only one thing still remaining on my Vegas list: the roller coaster at New York New York.
Oh well, maybe next time.