Skip to content
Posted on November 26, 2011January 20, 2015 by Andrew
A few years back, I made a starring turn in the show Cabaret as ‘guy #2’. Thought my performance was less than memorable, it did awaken a desire to visit the city of Berlin.
I think I’d probably need to visit Berlin again (or with the right people) to properly discover the underground, bohemian hangouts like the Kit Kat Klub from Cabaret. But this time, at least, I was pretty happy exploring my first German Christmas Markets. 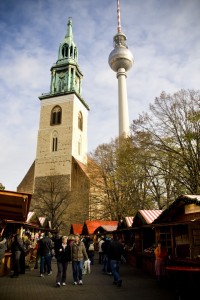 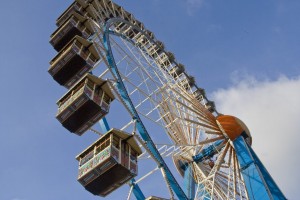 My favourite thing about the Christmas Markets is the smell: pine and cinnamon. Every second stall sells glühwein (mulled wine), and I even found glühwein flavoured boiled sweets! The whole thing feels a lot more genuine than, say, a row of amusement park stalls, because you can see them cooking everything in front of you, be it bratwurst, fudge, pastries, or fist sized balls of layered doughy biscuit filled with cream and covered in chocolate icing (a particular favourite!).

After wiling away the morning sampling every treat at the Christmas Markets, we crossed the river to the Berliner Dom. In history class I saw photos of it looking significantly worse for wear after the Allied bombing of Berlin in 1940, so it was quite fascinating to see it in person. 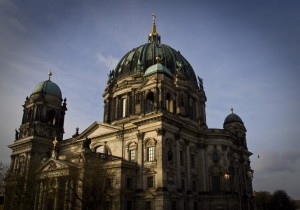 The unofficial mascot of former East Germany is Ossie Crosswalk Man. He was the subject of a massive campaign after authorities proposed axing him a few years back. I wish all crosswalk guys wore fedoras! 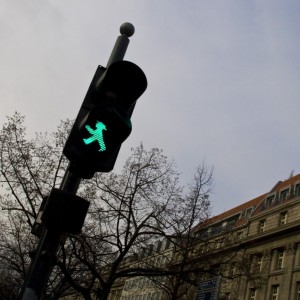 The Memorial to the Murdered Jews of Europe is a sight to behold (yes, that’s actually its name). 2,711 enormous concrete slabs. They get taller as the ground slopes downward. It’s very quickly dwarfing and disorienting. 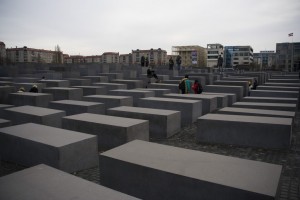 By mid-afternoon, I was really regretting leaving my thermals at home. We took refuge from the icy wind inside the Neue Nationalgalerie. We thought their exhibition was from a guy called Geteilte Himmel. Turns out, that’s German for Divided Sky, and it was an exploration of German art between 1945 and 1968. Fascinating. 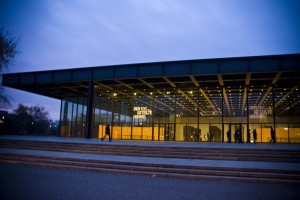 It was long dark by the time we left the gallery, so we hopped on the metro to Alexanderplatz – the largest Christmas Market. 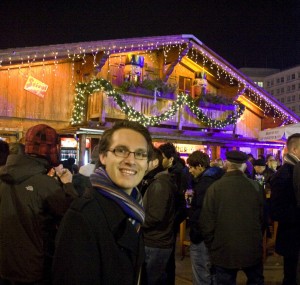 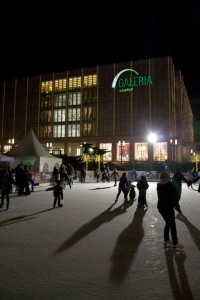 Dinner was bratwurst and glühwein, followed quickly by a creamy hot chocolate by the open fire. 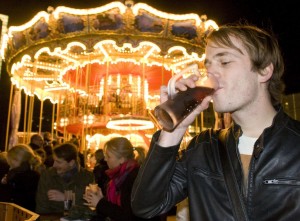 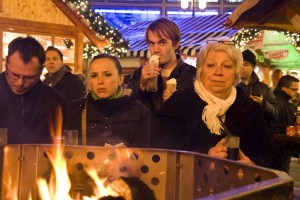 The next morning we got up early and walked the longest remaining length of the Berlin Wall. It’s only 1.3km long, but officially the longest Art Gallery in the world. 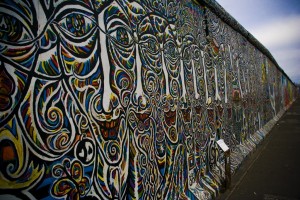 From the end of the East Side Gallery, we crossed the river to the Jewish Museum.

The Jewish Museum is a very… unusual experience. I was expecting it to explore the holocaust a little more, but it was more aimed at capturing the longer history of German Jews. Probably more effective for the German public, and definitely less morbid, but not quite what we were hoping to experience.

A quick bite to eat at a German bakery followed (why is German bread so delicious!), then a visit to Checkpoint Charlie – the main crossing from West to East during the cold war. 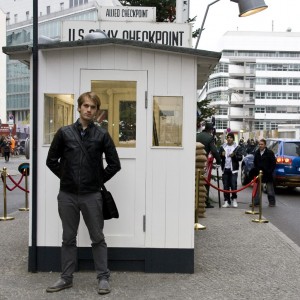 Afterwards, a visit to the Reichstag. Another building I remembered well from History class. As I was trying to imagine what it would have felt like to be one of the thousands of young men in straight lines watching the Führer speak from the steps, my hair did something freaky. 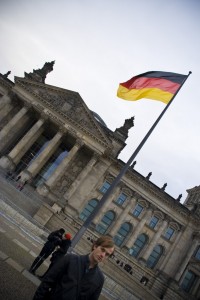 Though tired, we walked from the Reichstag through the Tiergarten to the main art gallery, where, I have to admit, I completely ran out of steam and felt it hard to concentrate as Paul slowly circulated through hundreds of enormous rooms!

Easily the best part of the weekend was the last part. My friend Phil from performing arts school moved permanently to Berlin just three days earlier, and we met up with him in Alexanderplatz, along with his lovely girlfriend Stefanie. We had several mugs of glühwein along with potato pancakes, country potatoes and currywurst before it was time to go.

I can neither confirm nor deny whether we finished our eggnog and glühwein on public transport. Or whether we opted to forsake the €2.50 mug bond in favour of taking some genuine German glühwein mugs home with us! 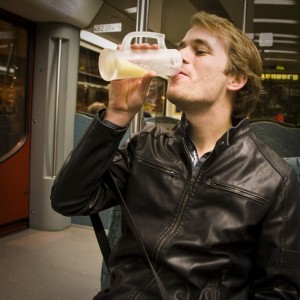 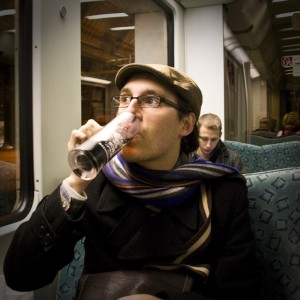 We’ll definitely be back in Berlin. Phil says he can even take us to the Kit Kat Klub!