Skip to content
Posted on November 12, 2011January 20, 2015 by Andrew
Earlier this year when we visited Dubrovnik, the place I’d always dreamed of going, I asked Paul what was #1 on his list. He only had one answer: Paris Photo, the world’s biggest art photography fair.
2011 is its 15th year, and for the first time it’s in the Grand Palais. Though I’d been to Paris before, I was only too happy to oblige and return! 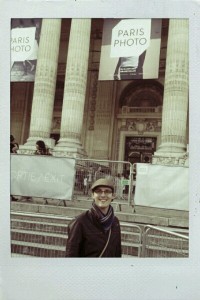 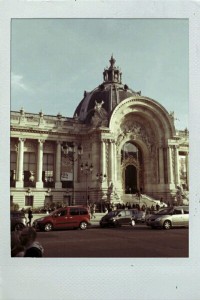 I’d never visited the Grand Palais, and found it hard to comprehend such an enormous glass structure could have been built over 100 years ago. It made a majestic setting for an incredible art fair. 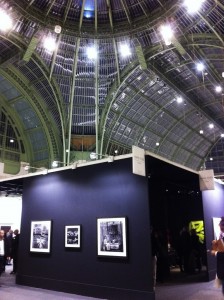 There were hundreds and hundreds of stalls, and almost all of them felt unmissable. We spent six hours visiting all of them and still felt like we’d only just scraped the surface. My favourite work was by a Swiss photographer called Christian Tagliavini. His work involved elaborate, surreal costumes and models who appeared to have impossibly long necks. 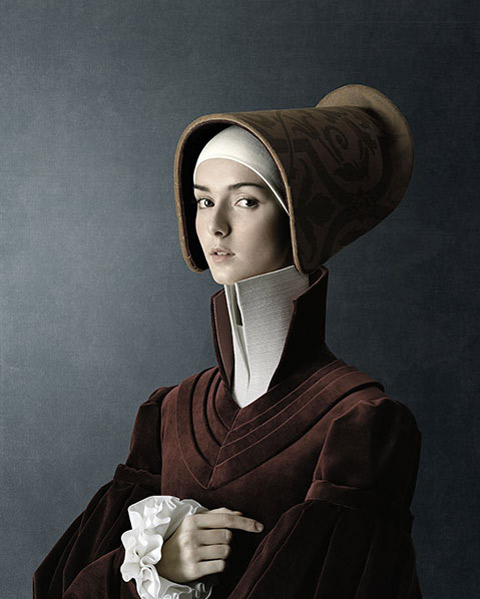 After leaving, we grabbed an almost raw hamburger from the cheapest place on the Champs-Élysées (not recommended!) Just before nine o’clock we raced towards the beams of light we’d been able to see canvassing the sky all evening, hoping to catch a glimpse of the Eiffel Tower doing its hourly sparkle.

It was further away than we’d thought, and I started to lose hope of making it, when suddenly we reached the Seine and were greeted with the glorious sight of the glittering Eiffel Tower across the water. Definitely a moment to remember! 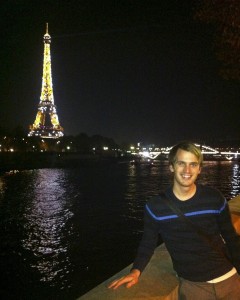 After the debacle with our accommodation last time in Paris, we were determined to stay somewhere more central. Because we didn’t have much money to spare, we opted to spend the night near La Defense, the futuristic quarter of Paris. It’s cheaper because most tourists are looking for the romantic, historical side of Paris. Having experienced that before, we were happy to try something new.

On our second morning, we explored La Defense to see the Grande Arche, a modern architectural marvel created to be a 20th century version of the Arc de Triomphe. A monument to humanity rather than the military. 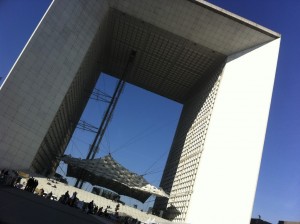 Given its proximity to the financial heart of Paris, the Grande Arche is the natural home for the Occupy Paris movement

After leaving La Defense, we caught the metro to the Père Lachaise Cemetery. Basically, if they’re French, famous, and dead, you’ll find them here. It’s possibly the most famous graveyard in the world because of its elaborate gravestones and rustic beauty.

We realised very quickly that Autumn was the right time to come here. The crisp Paris air made the leaves crunchy under our feet. 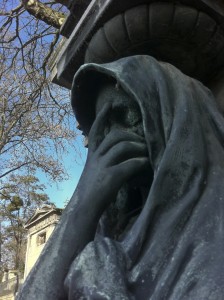 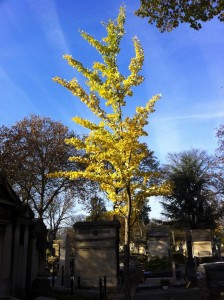 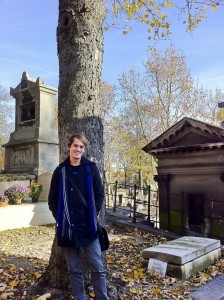 Walking around such an old graveyard is a very strange feeling. I kept thinking of my favourite painting ever: Orphan Girl at the Cemetery. Naturally, being a little theatrical, when we stumbled across her artist’s gravestone, there was only one pose I was going to strike! 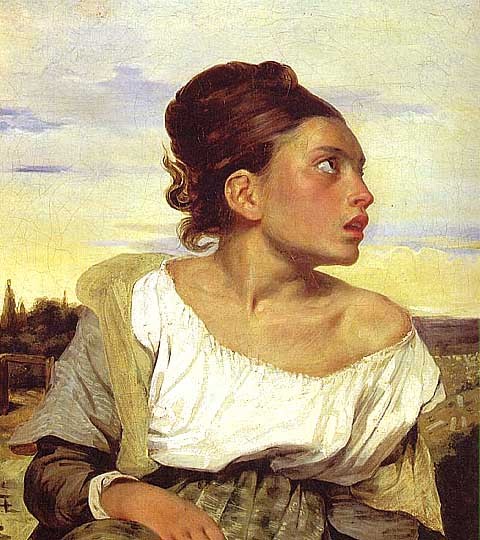 The highlight of the visit was definitely Oscar Wilde’s grave. It’s an inspiring sculpture of tarpaulin and scaffolding at this time of year.

As we left the cemetery, the sun made our shadows longer, and the light started to soften into a warm haze like all those old French paintings. 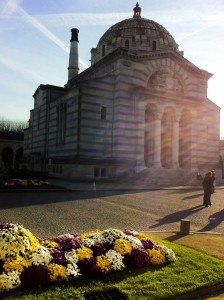 We walked to Belleville Parc, stopping in a patisserie on the way. I bought this incredible sweet, despite having no idea what it was. It turned out to be two large meringues stuck together with a thick white chocolate cream and coated in coconut. Perhaps I was just starving, but it may have been the most delicious thing I’ve ever tasted! 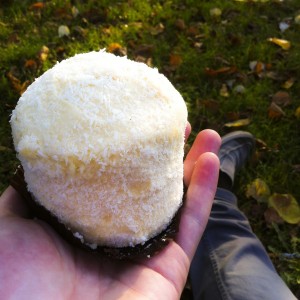 By the time we collected our bags from the hotel it was dark. We deliberately ran early for our airport bus so we could catch the grand Paris Opera House by night. 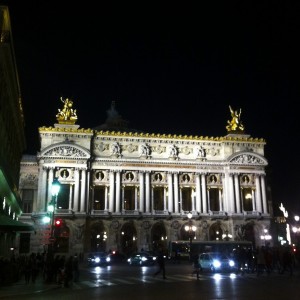 I had the Phantom of the Opera stuck in my head all the way home.