Skip to content
Posted on May 31, 2011January 20, 2015 by Andrew
Our weekend in Germany was very eventful. It started with the already-blogged Autobahn drive. What I didn’t mention in the post was what happened next… we got lost. Well, sort of lost. I bought a GPS a few weeks ago, so technically we knew where we were, but we couldn’t get in. Turned out our hostel only opens for check-ins three hours a day. They have a smug sign on their window informing them of this. I won’t bore you with the details of what happened next, but if I did it would include details of how every hostel and hotel in Duisburg was full, so we had to drive to Oberhausen, where still almost everything was full. And we were forced to stay in the Mercure which is, uh, a little outside our price range. We’re hoping to claim it on travel insurance. Too bad we can’t claim for the five hours of driving in circles it took us to finally get there. At least when you go to bed at 3:00am you always seem to get to sleep right away.
Our first day was spent in Oberhausen, which, unfortunately, sucks. They have Wicked, they have the largest mall in Europe, and they have absolutely nothing else. Seriously, nothing.
Good thing we saw the matinee… we were in Dusseldorf by sunset. I’d read earlier that Dusseldorf isn’t a particularly cultural city. So discovering their modern art gallery was awesome was a welcome surprise! Still, the city itself wasn’t much to write home about, and we felt like we’d seen plenty when we headed on to Cologne 24 hours later.
The main feature of Cologne is its cathedral. We were lucky enough to see it in absolutely stellar weather. Unfortunately, my iPhone clapped out and I lost all my photos… but here are some similar ones from the interweb (thanks random bloggers). 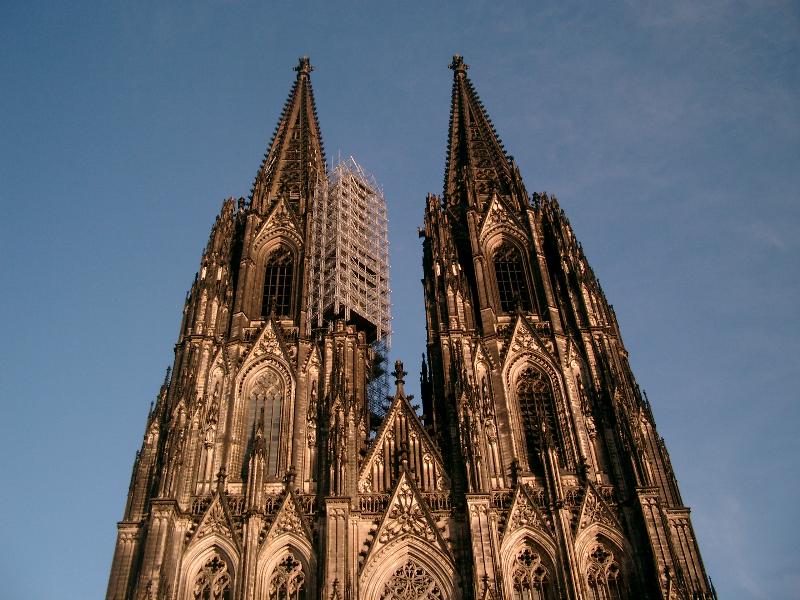 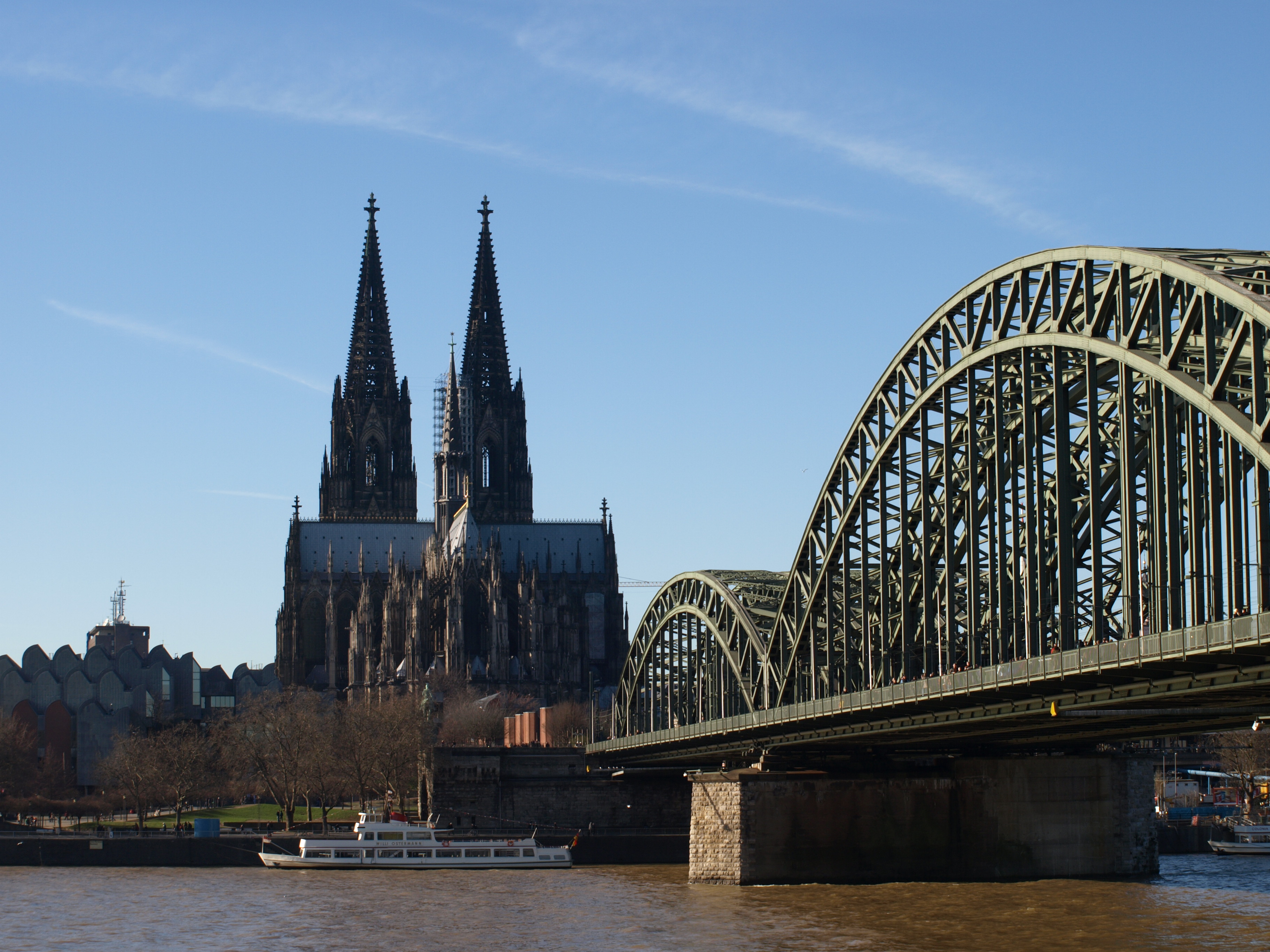 The same afternoon, we had gelato for lunch in the main square (I know it’s good for you because the calories get frozen out), then walked down a bustling pedestrian-only shopping street to the art gallery, which was another goodie.

The next day, our last in Germany, we decided to make use of having a car and go for a drive. We drove through the countryside to some cute German villages and ate lunch (followed by tortes, of course). Stopped briefly for a walk in a cemetery. Strange, I know, but it was nice. We paused at the WWII graves, uncertain if we should feel sorry for those underfoot or not. The jury’s still out on that one.

Back in Cologne, we checked out the Botanic Gardens, which were amazing! 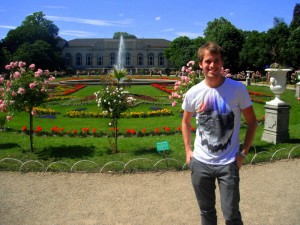 Then, crossed the Rhine in a gondola. It also goes over the autobahn, which is a little strange. Very cool overall though, I highly recommend it. Although if you bring kids, get them to look the other way at the end when the gondolas go over a nudist swimming pool. No kidding… it was hilarious. 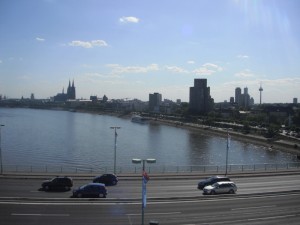 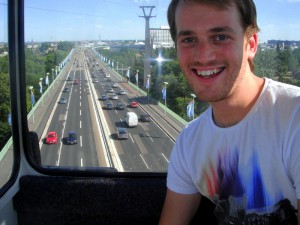 We stocked up on German chocolate for the flight home.

3 thoughts on “A Weekend in Germany”