When I got back from Melbourne on Saturday, I had to fill out an arrivals card. For the first time, under ‘occupation’, I had to write ‘unemployed’. And under ‘length of visit to New Zealand’, I had to write ‘five days’. I had the stark realisation that there were tourists on my plane who would be here longer than me. I’m jobless, homeless and carless. Again.

Four years ago today, I waved goodbye to life as I knew it and set off to live in London, the antipodes from New Zealand.

And now, today, I’m doing it again. This time to live in New York City. I’ve always had a thing for dates and the four year anniversary of my original move seemed kind of… perfect.

Except, all the excitement of winning the green card lottery, booking tickets, and even packing up my house, has passed now. I’m feeling the bitter part of bittersweet. I’m not ready to say goodbye to everyone in my life. And while my lifelong dream of living in New York has never wavered, it’s terrifying that I have to give up absolutely everything else in my life in order to see it happen.

It’s a leap of faith I know not many people have the opportunity, or the courage, to take. So I’m grateful that I’ve had both. I do have faith that it will work out and I’ll land on my feet… but right now that feels a little hollow. I’ve had an uneasy feeling in the pit of my stomach for a few days now, and I daresay it’ll stick around until I actually arrive in New York on 9 May.

I’m spending 60 days travelling in the meantime; the longest uninterrupted adventure of my life so far…

In mid-April, I plan to begin contacting recruitment agents in New York, so I can meet them asap when I arrive and begin the process of finding work in marketing. And I have a friend who is letting me crash on his couch for my first few nights while I find accommodation.

I’ll be writing about my South American adventure, and the joys/struggles of starting a new life in New York, here at Andrew Roams. You can subscribe for email updates here, and if you want real time updates, remember to follow @andrewroams on Facebook, Twitter, Instagram and Snapchat. 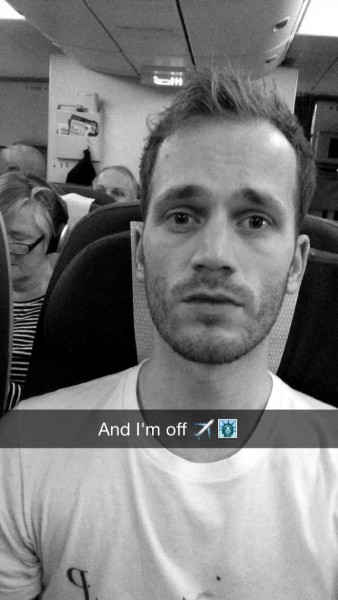