Cyprus is a bit of an odd sock. Everyone’s heard of it, but nobody know’s much about it. It’s been invaded dozens of times over centuries because of it’s prime spot at the intersection of Europe, Africa and Asia, and yet most of it is still undeveloped when compared with other tourist hotspots. That’s precisely what attracted me to it.

We flew into Paphos airport (the western of Cyprus’ two main airports) and stayed in Polis, a great spot that I’d recommend. It was easily accessible in just over an hour’s drive north from the airport.

From my experiences, these are the five things you should know about Cyprus before you go (I sure didn’t!)

The best bit is that they can all be reached in under half an hour’s drive from Polis.

1.  Cyprus is the birthplace of Aphrodite

Aphrodite, the Greek goddess of love, was a multicultural lass who actually was born and lived in Cyprus. Her birthplace is near Paphos, and her favourite baths are on the North-West coast. Unfortunately they’re not much to look at now – a bit mozzie bitten. I found myself feeling a bit sorry for the poor goddess.

But though the baths themselves were a little disappointing, the surrounding area was anything but! 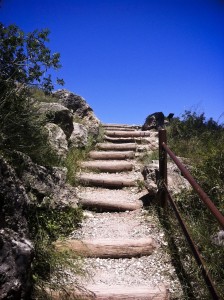 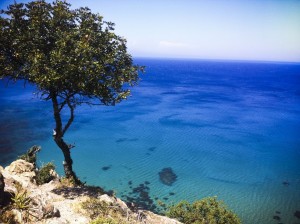 2.   The roads aren’t that bad
Don’t listen to the wusses who tell you they turned back on the winding road to Lara Bay. The roads in Cyprus really are fine – probably in part due to the fact that it used to be a British colony.

3.   Cyprus is the land of Orange Groves and Thistles

Driving through the countryside near Polis, I kept the car window down. Admittedly, this was mainly because the aircon was rubbish, but it was partly because the delicious scent of orange groves was always nearby and a welcome way to pique the senses.

The thistles in Cyprus might be the uncomfortable kind a lot of the time, but when we were there they were the glorious lavender blooms Eeyore is always munching on. Really nice to look at. 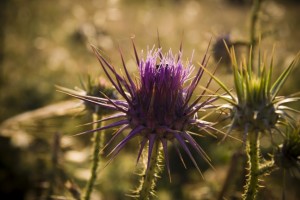 4.   The best beach is Lara Bay
I knew I wanted to visit Lara Bay the moment that I heard it was a turtle breeding ground, closed to the public for three months every year.

While we didn’t see any turtles, we also didn’t see very many other people. Lara Bay is that uncommon private paradise you often seek but rarely find. 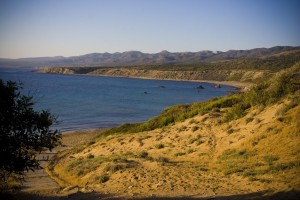 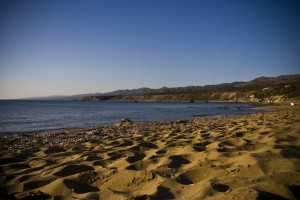 5.   You can’t beat the sunsets at Latchi
Latchi is just 10 minutes from Polis, and packed with delicious fish restaurants. We opted for Porto Latchi because of it’s spot on the beach. We were glad we’d chosen it when the food was delicious (I had a traditional Cypriot beef dish).

But our choice of dinner location  became extra worthwhile when the sun started to go down. Simply spectacular. 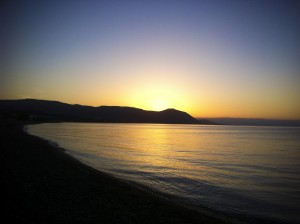