A month or two ago I drooled while reading online about Taste of London, the annual food festival held in Regent’s Park just around the corner from our place. Then I saw the price. At £26 each just to get in, followed by a double whammy of still-quite-expensive food, there was no way we were making it in.

Then I saw that four o nine, a great little restaurant in Clapham, was running a writing competition to win tickets. And if that wasn’t good enough already, the topic wasn’t culinary prowess. No, this was something I can really write a good story about: my worst kitchen disaster.

So, for those of you who suffered through the popcorn episode at our leaving party, know that your smoke inhalation wasn’t in vain: we scored free tickets to Taste of London out of it! 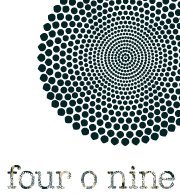 The food was, in a word, sublime. All of London’s best restaurants come out to show off. Four o nine even gave us free food! I had the roast leg of lamb with aubergine, tomato and cumin ragout, and coriander yoghurt. Paul had the crab ravioli. Both were amazing! Then the chef told us we simply couldn’t leave without trying the foie gras with drunken english cherries, and promptly brought us out that to try as well!
My other favourite discovery of the night was a place that specialises in fusion desserts. I can’t remember what it was called, but it was a strawberry cheesecake-ish thing with some sort of coulis, sicilian lime jelly, and an extravagant cloud of pomegranate candy floss on top. So many flavours… I just about died of ecstasy.In the weirdness category, I learned that buffalo ice-cream is actually quite tasty!
Not so cool was the rain on the way home. A lot of it. 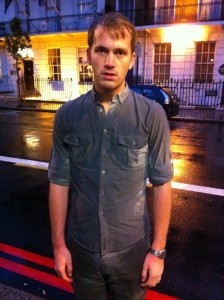