Skip to content
Posted on June 26, 2012January 20, 2015 by Andrew
When I was about six years old, I wrote a poem about an “army of ballerinas”.
The metaphor may be a little impenetrable, but I was attempting to wax lyrical about a field of sunflowers.The last place I ever expected to encounter this army in the flesh is Bulgaria. But, within 15 minutes of crossing the border I’m reminded of my childish metaphor as I stare out across thousands of the saffron plants, stretching as far as I can see on both sides of the bus.

Our hotel in Sofia looks like the tallest building in the city. It has a casino and a spectacular view from my window on level 18: 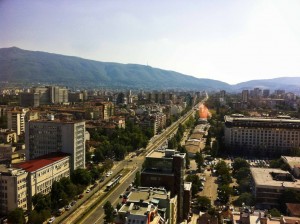 As usual, shortly after arriving we head out on a walking tour of the main sights:

But the main thing I’ve been looking forward to in Sofia is dinner. Because tonight, we’re being treated to a gypsy feast! And a feast it truly is. Upon arrival, we gorge ourselves on flatbreads and delicious dips, in the centre of every table. My favourite tasted like ratatouille. 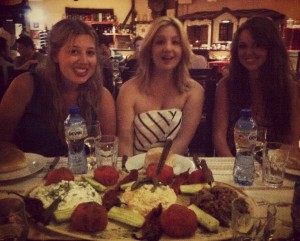 Then, a celebratory shot of traditional Bulgarian rakia: 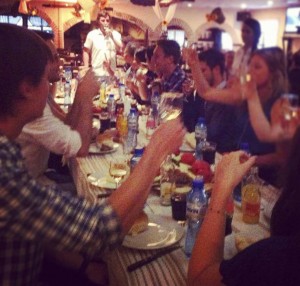 When the dancing begins, it’s not quite what I expected. More Michael Jackson than traditional gypsy. But as the night goes on, the performers get into the groove and ditch the sequins and trilbies in favour of more traditional dress. 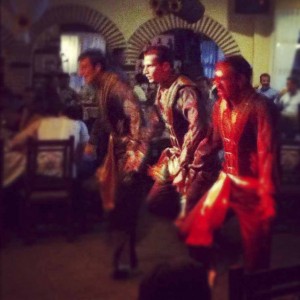 Before long, we’ve all left our inhibitions behind and are being taught a simple dance that involves all of us holding hands and skipping around the entire restaurant in a loop. It’s hilarious, and a lot of fun.

Now that the seal has been broken, we dance the rest of the night away.