Skip to content
Posted on December 27, 2011January 20, 2015 by Andrew
Jammed into a tiny cabin with six people, I woke at 5am on Boxing Day en route to Venice. The sun was rising somewhere over the Italian countryside. 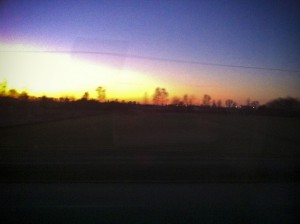 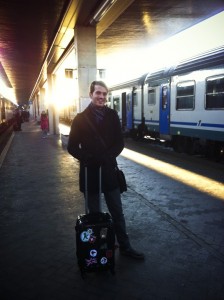 Venice welcomed us with a crisp winter sky. As we walked to our hostel, we barely saw a soul.

After dropping our bags off, we headed straight to Piazza San Marco. Last time I was here there was a festival on and it was buzzing with life. This time, it was comparatively deserted. It felt like a whole other, sleepier, side to Venice. It’s probably because Christmas is a time traditionally spent at home, and Venice normally has more tourists than residents.

We appreciated the lack of crowds when we were able to go up St Mark’s Campanile without the normal snaking queue.

From there, we walked through the old town, navigating the canals to the Rialto Bridge. 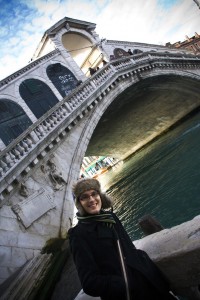 The next day, we purchased a day pass for the Waterbus system, and started by going almost all the way around Venice to the island of Murano and its famed glasswork. We saw a free demonstration of glass blowing and glass moulding. I’d guess that sculpting a rearing horse from molten glass is probably harder than this guy made it look! 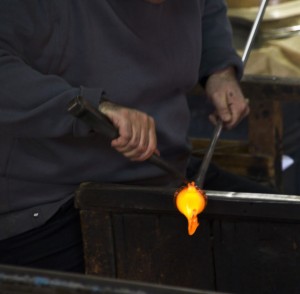 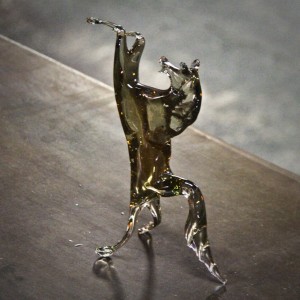 We also checked out the glass museum before heading back to Venice. It wasn’t as exciting as I was hoping – more an exhibition of things made from glass rather than the scientific/engineering side of how they actually do it, which I’d have been more interested in.

We got off the waterbus at the Bridge of Sighs. It connects the old prisons to the interrogation chambers, and is so named because of the suggestion that prisoners would sigh at their final view of beautiful Venice as they crossed to be executed. 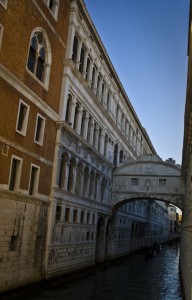 We got lost on our way to the next Waterbus stop, and stumbled across a secondhand bookshop that stored books in a whole gondola in the centre of the shop! 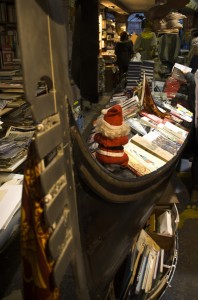 The sun was starting to go down by the time we headed to the Guggenheim art museum. 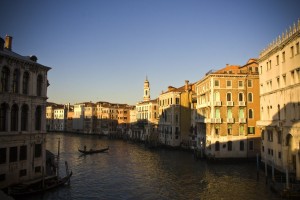 The Guggenheim collection was fascinating, because it’s in the house that Peggy Guggenheim actually used to live in. Before coming here I didn’t even know that there was more than one Guggenheim Museum! By the time we left, it was dark and time to say goodbye to Venice on our way to the airport.

Venice isn’t traditionally seen as a winter destination. But the crisp blue sky, the lack of tourists, and the Grand Canal not emitting odd odours make it a great option that I’d definitely consider again!