Skip to content
Posted on March 3, 2012January 20, 2015 by Andrew
Within a few hours of landing in Norway, I was having one of the best Saturday afternoons of my life. Mind you, that was kind of predictable the moment toboggans were mentioned!
Frognerseteren is definitely my favourite thing about Oslo. Where else in the world can you catch an ordinary metro to the top of a mountain, hire a toboggan and then skid your way down a 15 minute long, former Olympic ice track? 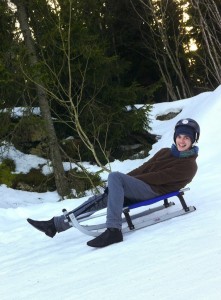 …and then catch the metro back to the top of the hill and do it again as many times as you want? 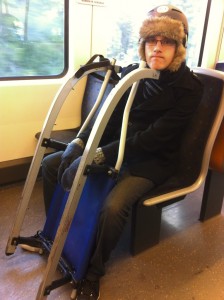 We managed to do it six times. And it was awesome every time. You have to learn quickly how to throw your weight around to stop you careening off the side and down the icy cliffside.
A big part of the trick is using your heels. The only downside is that you end up sending large mounds of shaved ice shooting towards your nether regions, and everyone on the metro thinks you’ve wet yourself. 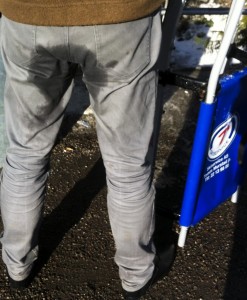 In-between races we warmed up at the beautiful old traditional Norwegian wooden lodge, where two hot chocolates and a small pastry to share will set you back just £25 (equivalent). Needless to say, we brought a lot of our own food to Norway out of necessity! 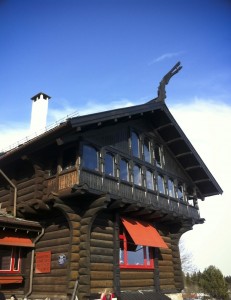 The sun was setting as we ascended the hill for our last ride of the day. That view alone was worth the whole trip to Oslo. 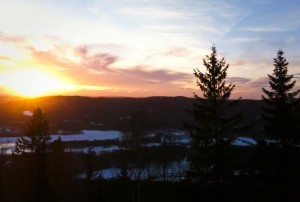 The next morning, after an amazing breakfast at the Radisson (everything is so expensive in Norway that the Radisson was one of the cheapest accommodation options!), we checked out the Royal Palace. 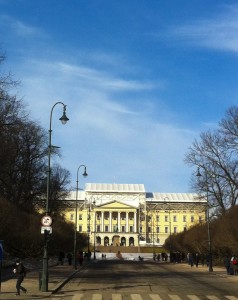 Then we caught a bus to the Viking Ship Museum, which has the most intact remnants of Viking life, including four incredible boats.

Next stop: Vigelandsparken Sculpture Park, which was far larger than I expected and completely blew my mind with the detail and sheer number of incredible works.

The jewel in the crown of the sculpture park is 14m high monolith consisting of over 120 human figures all carved from a single stone and intertwined together. It really is breathtaking. 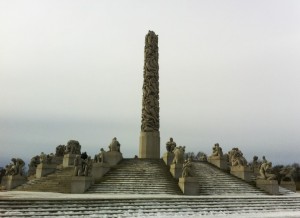 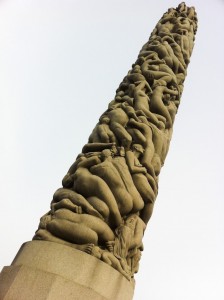 To cap off our incredible weekend in Oslo, we visited the two major art museums which include Edvard Munch’s most famous work: The Scream. 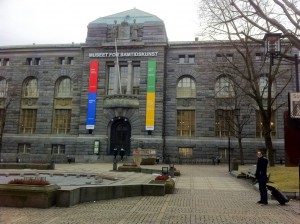