Skip to content
Posted on July 7, 2011January 19, 2015 by Andrew
I’ve wanted to visit the buried Roman town of Pompeii ever since studying it as a kid. While Rome itself should hold more attraction, there’s something eerily engaging about the idea of a whole town frozen in time, where life just stopped in an instant and no development has occurred for nearly 2,000 years.

I was surprised that I didn’t really feel anything for the bodies we saw. It was nothing like visiting Auschwitz, or Pearl Harbor, where there was a grief in the air. I guess it’s because they would have been dead for thousands of years by now anyway. Still, it was fascinating to try and imagine the lives that they lived on the ground I was walking, and how the eruption would have felt to someone caught up in it. 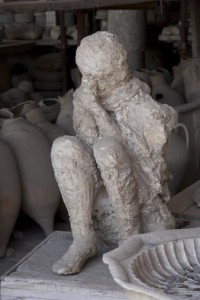 I was quite taken by both the sheer size of the town, and the level of sophistication contained within it. As I’d heard from other visitors to the site, the architecture, town planning, statues and frescoes are mind blowing considering their age. 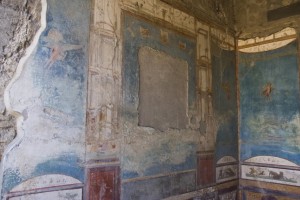 The highlight was visiting the amphitheatre, the first known one of its kind in the world. The space still feels so grand that I could almost imagine watching a concert there now. 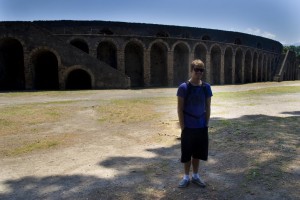 After we left the excavation site, we did one last cross-country drive before returning the rental car (without even a scratch!) in Bari, on the Adriatic Coast.