Skip to content
Posted on August 14, 2011February 5, 2015 by Andrew
Wales is the closest thing I’ve seen to New Zealand green since moving to Europe. 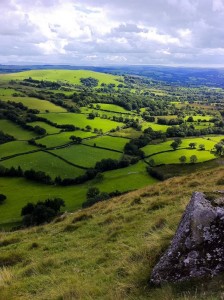 We were invited to come and spend the weekend with Emily at her boyfriend Corin’s family home in Lampeter, along with their friends Tom and Laura.
After narrowly making it onto the train at Paddington Station at an ungodly hour of the morning (why do all these stories start like that!?) we tripped for four hours from London to Camarthen, Wales.
The awesome foursome picked us up, and we drove around the countryside to Cardigan, where they have the most amazing candy shop. We spent far too long buying far too much, as always! 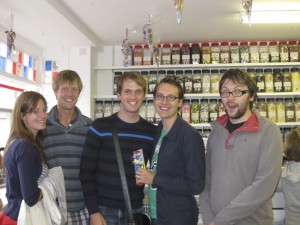 Next stop, up the coast in the beach-side town of Aberaeron. The weather didn’t exactly play ball, but the brightly coloured houses were still beautiful. 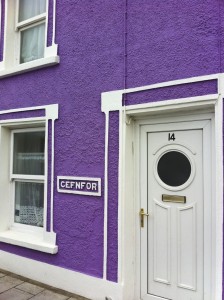 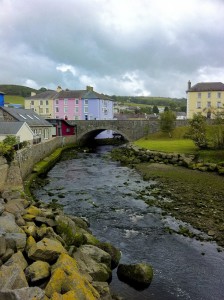 Welsh is the only language I can think of where I can read the characters but haven’t the faintest idea how to sound them out. It’s like someone got a logical word and popped it in the blender. Speaking of kitchen appliances, the best Welsh word I learned over the weekend was microwave, which is apparently pronounced “poppity-ping”. I have no idea who invented the word, given the microwave’s not exactly ancient, but I think it’s awesome.

After grabbing a delicious dinner at the local pub, we went back to Corin’s amazing country house and made Pimms with fresh fruit in big bowls.

Emily had bought some Chinese lanterns in Cardigan, and in a moment of deepness, we all decided to write our worries on them and let them go outside. I wrote “grandfathers” on my lantern, because both of mine have had major health issues while I’ve been away.

While the photos are average, there was something really peaceful about watching our troubles literally fly away! Well, until we watched them come down to land in the next farm over. Poor cows. Emily and Corin’s one got stuck in a tree. They had to climb up and pull it down so it wouldn’t set the whole countryside on fire! In the end we took it inside and used it as an excuse to roast marshmallows on the open fire.
On Sunday morning, the sun came out again.

Before driving back to England, we headed up to a nearby lookout point that Corin knew of. It was stunning. 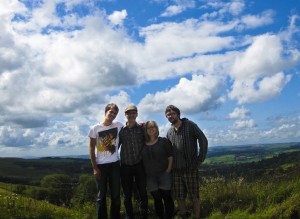 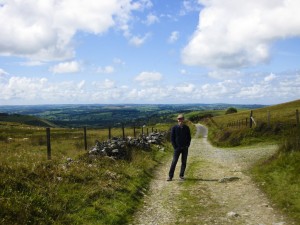 We didn’t get home till almost midnight, because we spent a few hours relaxing at Emily and Corin’s over pasta and wine.

Great way to spend a weekend, if you ask me!

One thought on “A Weekend in Wales”