Skip to content
Posted on October 29, 2011January 20, 2015 by Andrew
I think it was the smoothest weekender we’ve ever been on. The weather forecast was thunderstorms, but it didn’t rain at all. We didn’t get lost, the plane left on time, and we really loved everything about the wonderful city of  Barcelona.
It was about 11:30pm when we arrived in the centre of town, and the atmosphere was electric. We’d planned to take the metro, but when we saw how vibrant the streets around us were, we chose to walk without even exchanging words.
Before we knew it, we were sitting at an outdoor table drinking an enormous, refreshing jug of sangria (each!) in the middle of main street; La Rambla.

On a high from our great start, we got up early the next morning and explored Las Ramblas – the bohemian sidestreets off the main thoroughfare. Everything seemed to fit perfectly into place. We were thirsty, and suddenly there appeared the most wonderful juice bar. Heaven! 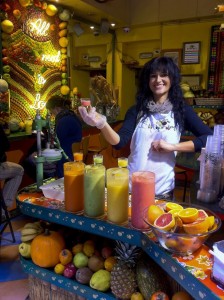 A few hours and two cathedrals later, we arrived at Gaudi’s La Pedrera. The architecture and the rooftop centurions made me feel like I’d fallen into a Dr Seuss book. 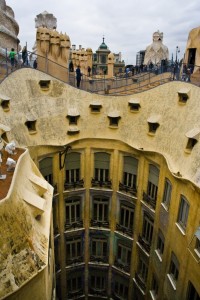 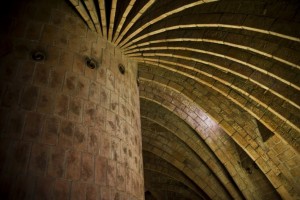 From the rooftop, we could see back to his most famous work, and Barcelona’s most popular attraction, the Sagrada Família, which is we’re we’d just walked from. Unfortunately for our photographs, after over 100 years of building it’s still far from finished and is very much under construction!

From there, another short walk to my favourite of Gaudi’s buildings: Casa Battlo.

On a high for more art, we walked to the Barcelona Museum of Contemporary Art, and sat riveted to a Bosnian film about the war in Sarajevo for over an hour.

When we left, we found ourselves in one of the funkiest, most bohemian streets I’ve ever seen. Though barely 100m long, we passed no less than three talented street artists etching their intricate portraits for the benefit of passers-by. 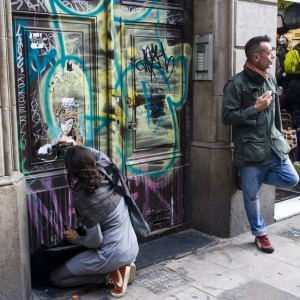 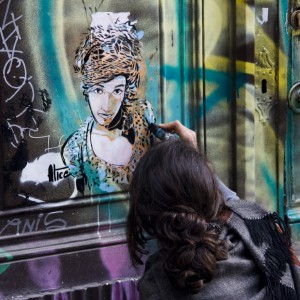 Soon afterwards, we stumbled across a lively market – the best I’ve seen in Europe. We bought far too many eclectic chocolates and gorged ourselves on them back at the hostel. 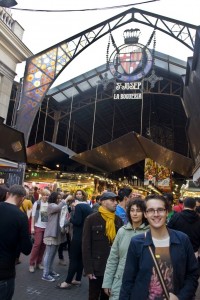 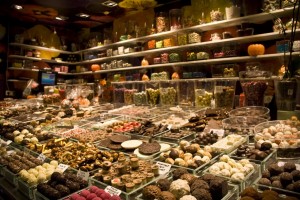 After barely 20 mins recharging at the hostel, we were back out. This time to experience some live Flamenco at El Patio Andaluz. It wasn’t the authentic Spanish flamenco experience we were hoping for… rather more touristy than that… but still a talented group of dancers and musicians. 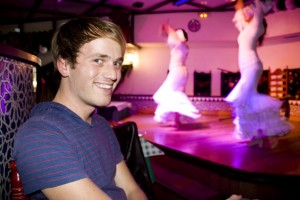 The ‘star’ of the show is Jesus Cortes. A man with hair like Sandra Bullock who we’re told has danced for Oprah. It obviously went to his head because his diva vibe was a complete mood killer.

Twice he mumbled loudly in Catalan to the musicians or back-up dancers, prompting embarrassed looks from everyone else on stage. Thankfully, he was Streisand enough to wait nearly an hour before appearing, do three dances in a row, and then leave. We were glad when he did. Though undeniably gifted, his overestimation of his own magnetism was unpleasant and the temperature went back up several degrees after he was gone.

The next morning we wandered into another cathedral – Santa Maria del Mar – on our way to the Picasso museum.

Heading back up to the main part of town, we happened across the coolest street act I’ve ever seen: Microguagua. A harmonising Spanish reggae group who manage to play the trombone, trumpet, double bass, drums, and two guitars while singing and dancing. We were sucked right in and bought their CD. 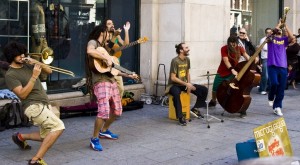 From the centre of town, it’s only a half hour trip to the summit of Tibidabo; the mountain behind Barcelona. It has a full theme park on top, as we discovered when we arrived. 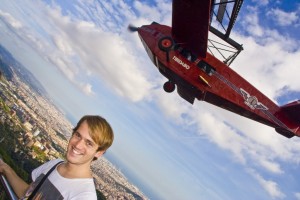 It also boasts an enormous cathedral.

For just 2€ you can climb to the top of the cathedral and experience breathtaking panoramic views of the entire city of Barcelona. I would highly recommend it to anyone visiting. 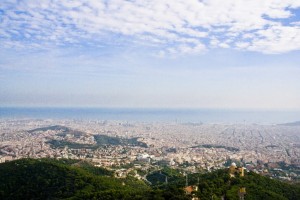 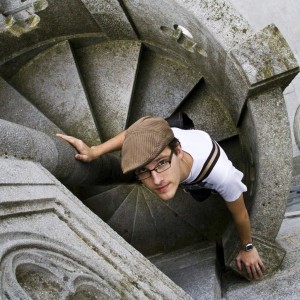 The last thing we did before leaving Barcelona was head to the beach at Marbella, where I had what I expect will be my last swim of the year. It was icy but wonderful. I was the only swimmer because the waves were so powerful. 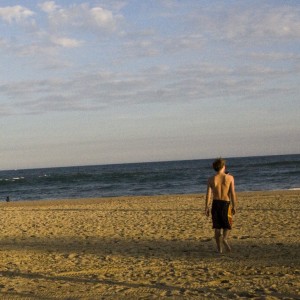 I swam for nearly half an hour, until I got bent in half by an enormous wave that also managed to graze my chest along the sand. But it was worth it!

I’ve been to a lot of wonderful places this year. Barcelona is easily among the best.